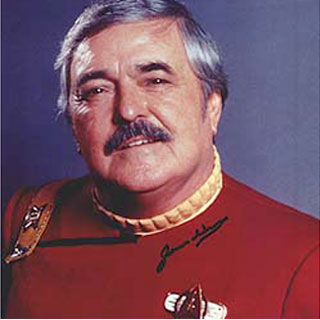 Yes, at long last and after a last-second scuttling over the weekend, the SpaceX Falcon 9 blasted off at 3:44 a.m. this morning from Cape Canaveral Air Force Station. The rocket, owned/funded by the privately held company Space Exploration Technologies, a/k/a SpaceX, is headed toward the International Space Station, carrying 1,000-plus pounds of supplies for the station’s crew, as well as the ashes of more than 300 people, among them Doohan, Star Trek’s beloved Scotty, who passed away in 2005, and Mercury program astronaut Gordon Cooper.