I should be writing this down

Barack Obama’s Buffet rule is a smorgasboard of disinformation

President Obama was in Florida yesterday campaigning on the public dime for teh concept of the “Buffet Rule.” You know, Warren Buffet’s secretary pays more taxes than he does…or something like that.

But to understand what is really going on, The Heritage Foundation offers: Buffet Rule 101.

Senator Mark Rubio had this to say about Obama’s visit to his home state:

“Today’s presidential visit is a missed opportunity because the ‘Buffett rule’ is little more than an election year political stunt to raise taxes on investors who help create jobs…Without these investors taking risks and investing in new businesses or expanding existing ones, we can’t create new jobs. The Buffett rule is a flawed policy, because it raises taxes on job-creating investment and makes no meaningful dent in our national debt.”

And, Bloomberg points out that inspite of the President’s rhetoric, Top Earners Pay Higher Tax Rate Without Buffett Rule.

It’s an election year and Barack Obama is running for reelection hoping he can spin his way out of his disastrous record.

My advice? Invest in shovels. 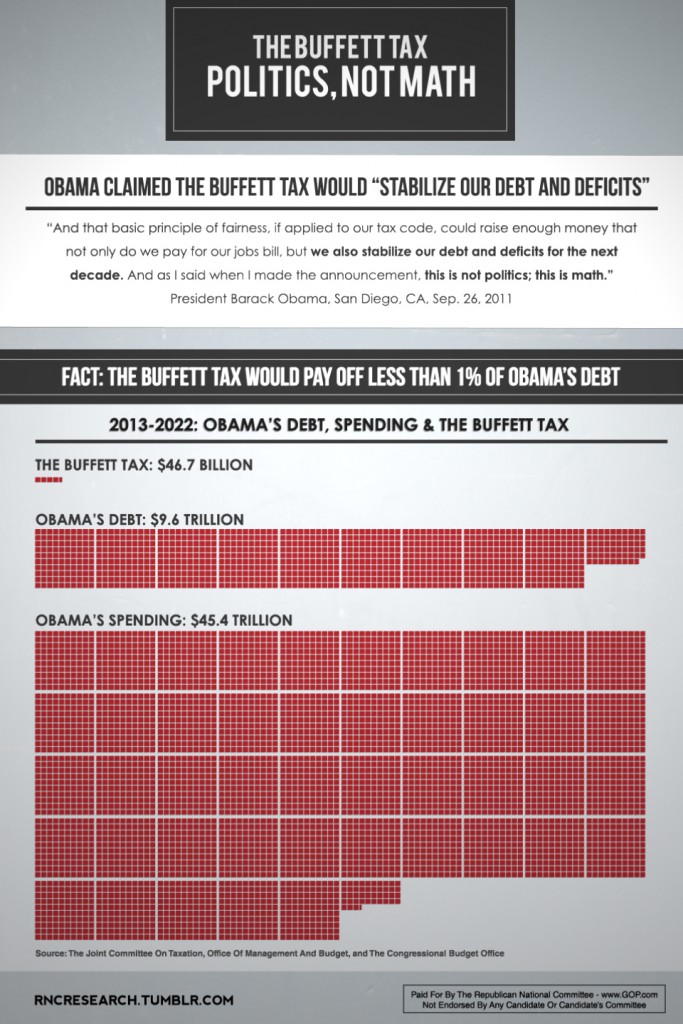