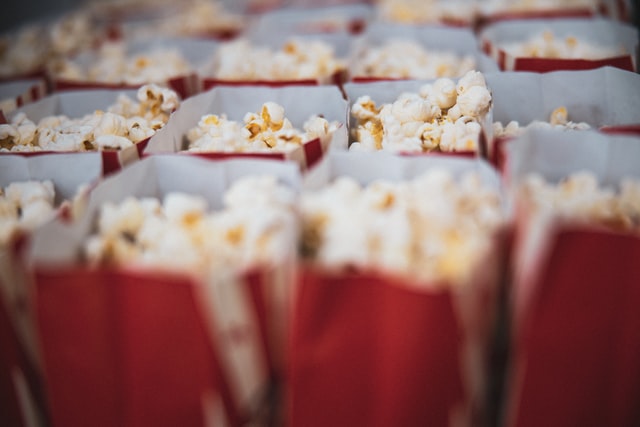 Photo by Corina Rainer on Unsplash 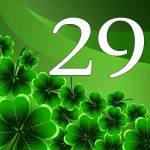 I did not watch the Academy Awards.

I also did not feel the need to announce on social media that I was not watching.

I get all of the criticisms about Hollywood. Much, if not most, of it is true. Probably more than we know.

Still, I do like me a good movie…and some popcorn when our microwave isn’t out of commission due to a small, in-house, fire.

NOTE: The temporary replacement microwave will arrive later this week.

In contrast to most years I’ve actually seen seven of the ten Best Picture nominees. 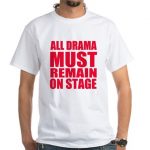 The Best Picture winner, CODA, was also my favorite of those I’ve seen. Although I greatly appreciated Spielberg’s retelling of West Side Story…and when Rita Moreno sang…

Right, I didn’t watch, so I didn’t see the whole Will Smith/Chris Rock episode.

I am skeptical enough to think that perhaps the entire episode was staged. I mean, I don’t trust most people these days, so why would I believe that.

I have friends who assured me it was not.

My opinion? If it was not staged, it was way out of line. On both their parts.

That’s where my opinion starts and stops. 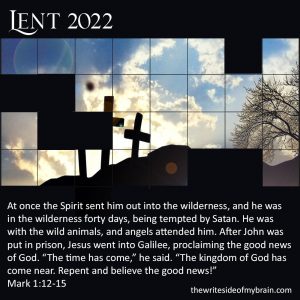 But not on social media.

Suddenly everyone went from being immunologists to military strategists to experts on human relations.

Suddenly people were experts about alopecia.

Suddenly people were experts about Hollywood and comedy.

Suddenly people were experts about Will and Jada Smith’s marital life.

Heaven help us if we try to be a voice of reason.

I had one friend asked why comedians host awards shows anyway.

I have never watched the Academy Awards when it wasn’t hosted by a comedian, and that goes all the way back to Bob Hope and Johnny Carson.

Perhaps it’s that our views of what is and is not acceptable comedy have changed.

But yesterday, well starting with Sunday night, that slap, staged or not, grabbed the world’s attention.

It’s sad really that we get all het up about it and forget that our dear leader is pushing us toward World War III.

Maybe we get so easily distracted because it’s scarier to deal with reality.

Last evening I saw that Smith had offered what appeared to be a sincere apology to Chris Rock, to the Williams family, and to the cast and crew of King Richard.

That should settle it. I think we all know that it won’t.

And that, my friends, says more about us than it does about Smith.

Greek keyboard player and songwriter, and Academy Award winner, Vangelis, was born on this day in 1943. 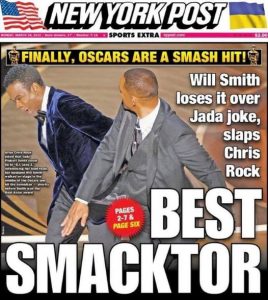 How To Live, Eat, and Drink Like Your Favorite Writers
Literary Hub
“I like my human experience served up with a little silence and restraint.” Read More.

Sunday Firesides: Relationships Over Willpower
The Art of Manliness
The people we’re surrounded by limit or expand our sense of what is possible; shift our perception of what is normal and acceptable; raise or lower our sights. Read More.