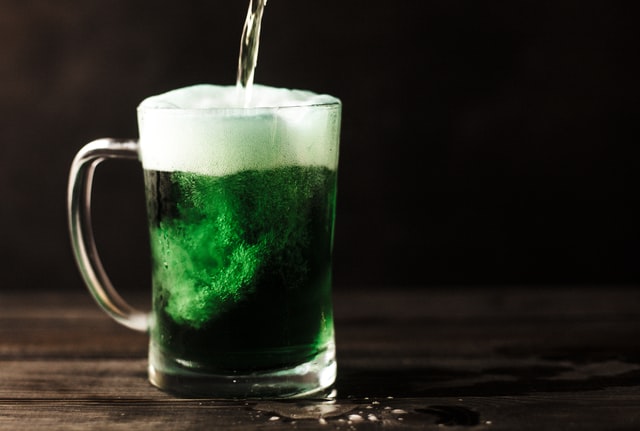 Photo by Patrick Fore on Unsplash

Read everything — trash, classics, good and bad, and see how they do it. Just like a carpenter who works as an apprentice and studies the master. Read! You’ll absorb it. Then write. If it is good, you’ll find out. 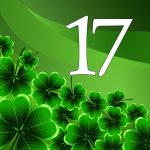 It’s St. Patrick’s Day, and whilst I’m wearing a green shirt…just because I have one…I have no particular plans to celebrate.

I’m not sure how much Irish heritage I have. I do have Scot-Irish on my Mother’s side. But I haven’t been able to get that DNA testing kit from Ancestry.com yet so I don’t know how much green beer Is should be drinking.

If you want to be a blessing, you could buy the testing kit for me…or a green beer. I’m not picky.

I’ve talked a lot about the internet experts that want to tell you how to write and publish the next Great American Novel (TM), in a matter of weeks and how you can get it published, if you’ll only sign up for this class at the special rate of $479…good only for the next forty-three seconds.

sometimes pitch a book, they aren’t into high pressure, and high dollar, sales.

Here are five that I’m currently following. I should note, I do read others, but these five come to my inbox on a regular basis and I always make sure to read them.

I wish I’d paid closer attention to how I found each of these writers. But it’s more important that I did find them, and that they nearly always have something worth reading.

I’ve read Pressfield’s Do the Work! and The War of Art, and need to read them again. Currently I’m following his Writing Wednesdays. ?I like Pressfield because he readily admits that he wrote for 27 years before he published his first novel.

Pressfield reminds us to Put Your Ass Where Your Heart Wants To Be.

Austin Kleon combines two of my loves. He’s a writer who draws. I mentioned his work earlier this week. I’ve ready his Steal Like an Artist and Keep Going. I need to read both Show Your Work and Newspaper Blackout.

I like that Kleon tells people “Don’t wait until you know who you are to get started.”

I waited too long.

What can I say about Sean? His work is heartfelt, funny, self-deprecating. And I love the fact that he shows up in my inbox every morning. He talks about life, about people, a good bit about angels, and of course his dogs.

During the first Christmas of the pandemic, Sean wrote a column about how children might not be able to visit with Santa. I emailed him and told him that I was working with groups of hundreds of Santas preparing to do virtual visits. He interviewed me for a piece called Santa in November, and it ended up in his book The Absolute Worst Christmas of All Time.

Sean is honest about his less than happy childhood. He says “I believe that ugly childhoods make pretty people.”

Indeed they do and Sean is one of them. 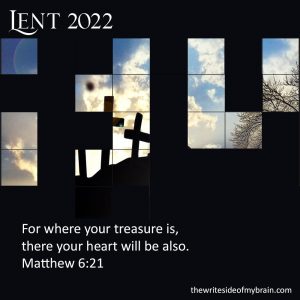 Tom Vander Well is from Iowa and is proud of his Dutch Heritage, but mostly he’s a follower of Jesus. Like the others I’m not sure when I first started reading Tom’s work. But when I realized that he was not only a fellow follower of Jesus, but also a playwright and an actor. I was hooked.

Tom writes a Chapter-A-Day series on his blog Wayfayer. He walks us through the Scriptures with humility and great insight.

A few years back after a show ended and I couldn’t quite figure out the depression, I wrote Tom and we talked through post-show depression and we became friends across the miles. As it turned out the depression was largely related to the narcotics prescribed for my shoulder injury…lest you think that it lingers.

Last summer Tom drove from Iowa to South Carolina to see his daughter. He made a side trip to Richmond and we shared a couple of brews overlooking the James River. I always look forward to what Tom has to say.

I met Shaun years ago during the early days of the Virginia Blog Wars. We did some good work back then. We ended up working together at Bearing Drift where we’re both still writing on occasion. Shaun is a former Executive Director of the Virginia Republican Party, a solid conservative, and a strong Catholic.

Shaun writes on a fairly regular basis at The Republican Standard, and it’s not your typical throw this blog up overnight…not that we know anyone like that. Shaun’s analysis is reasonable, solid, and doesn’t always follow the party line. But it’s always consistent.

I know if I want to write well, I need to read, lots. And, even though my Goodreads count may suffer, I do read a lot.

Someday, I’d like to be one of those “you need to read this guy every day” writers. I’m working on it.

And while I’m at it, I’m reminded that I need to read more Stephen King.

The real importance of reading is that it creates an ease and intimacy with the process of writing; one comes to the country of the writer with one’s papers and identification pretty much in order. Constant reading will pull you into a place (a mind-set, if you like the phrase) where you can write eagerly and without self-consciousness. It also offers you a constantly growing knowledge of what has been done and what hasn’t, what is trite and what is fresh, what works and what just lies there dying (or dead) on the page. The more you read, the less apt you are to make a fool of yourself with your pen or word processor. …

“[R]ead a lot, write a lot” is the great commandment.

Scot-Irish writer, Stephen King, On Writing: A Memoir of the Craft, 2000

I leave you with the best ever version of Danny Boy.

Biden Announces ‘The First Lady’s Husband Contracted COVID’ – Has to Be Reminded That’s Him
Daily Wire
Someone off to the side caught Biden’s attention then, and he stepped back slightly from the microphone to hear them. Read More.