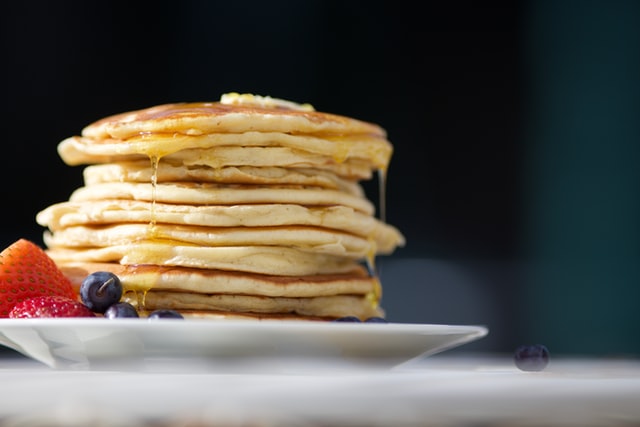 Photo by Luke Pennystan on Unsplash 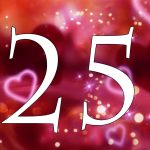 It’s Short Story Friday. Seems a little out of place with all that’s going on in Ukraine and around the world.

Still, I’ve done all I can. I mean I’ve added a flag to my Facebook and Twitter profiles, and I voted for the other guy.

Nay, my friend, it may be too late.

Snark all you want, but we wouldn’t be where we are with inflation, and gas prices, and Afghanistan, and

Ukraine if a bunch of people hadn’t been afraid of little Twitter.

The flags in the profile don’t really mean anything, other than the need to raise awareness. Just make sure you’re paying attention.

That’s pretty much all I can do. Except pray.

Regardless of where we fit on the political spectrum, we can all pray.

And we should. Without ceasing.

It seemed early in the morning. Too early in fact.

The boy stared at the plate of eggs his aunt placed before him.

It was his first day of school.

For reasons that he did not understand at the time, the boy had spent the night with his aunt and grandfather. The aunt lived in the family place to care for her aging, and increasingly confused father.

The boy spent a lot of his time there when his mother was working. This time was different. He would come to understand that his mother was in the hospital for minor surgery. She would be home soon, and the boy could go back to his house.

“Eat,” said the aunt. “You need to be strong for the first day of school.”

“They’ll be there,” said the grandfather who rarely spoke.

“Yes, I know,” said the aunt. “They probably should have been there sooner.”

The grandfather did not respond but went back to his coffee.

“Get your things together,” said the aunt. “Your ride will be here soon.”

“Why couldn’t I stay at home and ride the bus with my brother?” the boy asked.

The aunt explained that the brother was now in fifth grade and was able to stay at home with their father. He was old enough to wait for the bus after the father went to work.

The boy thought that he was as well but knew it would not help to argue.
Another aunt arrived to take him to school.

“Are you ready?” she asked.

He picked up his satchel with the require papers, pencils, and lunchbox.

The grandfather rubbed the boy’s fuzzy head that sported a newly buzzed haircut.

He got into the car with the aunt and a family friend, waiting with her daughter.

They drove together to the elementary school.

In the car the conversation turned to the day ahead.

“They’ll be there today.”

Once again, the boy did not know who “they” were.

He was soon to learn.

The year was 1964 and in this small home county in Southwest Virginia, this was the first year that the schools were integrated.

At the age of six, the boy didn’t understand that.

He didn’t understand why it was an issue.

But this was the rural south and this action had been resisted for some time now. One might say it was resisted in a massive way.

They walked into the school building. The family friend went with her daughter to the third-grade hall.

The aunt walked the boy to his first-grade classroom where he met his teacher.

They were assigned six to a table.

The boy knew none of these people.

Across the room was Robert.

The boy did not know Robert, but he knew Robert was different.

He began to understand that Robert was one of the “theys” of whom the adults were speaking.
Robert was African American.

Robert, along with the remainder of the small African American population in this rural southern county, would no longer have to attend the “colored school.”

The boy did understand why there was an issue.

But to the boy, everyone looked different. Why shouldn’t Robert?

Over the years the adults would try to teach him why it was an issue.

The boy would never fully understand.

The teacher was speaking.

She showed them the blackboard.

She showed them where the bathrooms were and told them “Don’t be shy, just raise your hand.”

The boy was afraid that he was shy, but he would remember.

The teacher read them a book.

She read them a book every day.

Some days they got to color.

The boy liked to color.

Some days they got to play outside.

One day, the teacher said to the class, “I am going to read a different book to you today.”

The boy liked it when the teacher read.

“Today I am going to read Little Black Sambo. I can read that to you today because Robert isn’t here.”

The boy did not understand why that mattered.

Many years later he would, and he would feel embarrassment for the teacher, and for Robert.

But on this day, he did not understand.

He liked the story.

It made him wish his aunt would make him pancakes for breakfast.

American bluegrass singer and banjo player, Ralph Stanley, member of International Bluegrass Music Hall of Fame was born on this day in 1927 (d. 2016) 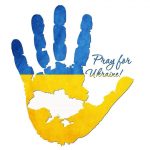 The Ominous Threat Surrounding Missionaries in Ukraine
The Gospel Coalition
Russia and Vladimir Putin are desperate to keep this country in their sphere of influence. They don’t want Ukraine to enter NATO or the European Union. And the only diplomacy they understand is threats and disruption.  Read More.

The Voice of a Prophet: Solzhenitsyn on the Ukraine Crisis
Joseph Pearce in The Imaginative Conservative
As far back as 1968, during his writing of what would later be published as The Gulag Archipelago, he wrote of his fears of future conflict between Russia and the Ukraine: “It pains me to write this as Ukraine and Russia are merged in my blood, in my heart, and in my thoughts. But extensive experience of friendly contacts with Ukrainians in the camps has shown me how much of a painful grudge they hold. Our generation will not escape from paying for the mistakes of our fathers.” Read More.

The Government’s Coronavirus Response Was a Complete Failure. Who Will Be Held Accountable?
Reason
As for the FDA’s failures, there are too many to list. But I’m not hearing anyone in power talk about, for example, holding its officials accountable for the continuing failure to approve COVID-19 testing.  Read More.