The first Groundhog Day was observed on this day in 1887 in Punxsutawney, Pennsylvania.

J.R.R. Tolkien, The Return of the King 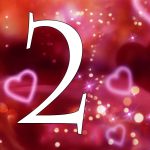 Somewhere in Pennsylvania a varmint is removed from a box and held high for all to see. There are those who believe that the varmint will predict weather patterns for the next six weeks. Six more weeks of winter, or spring is on the way.

Spring will arrive in six weeks, no matter what the varmint says.

Granted, Spring can still be cold. But the birds will be retuning. The jonquils will be peeking out of the ground.

Renewal. Revival. Recovery, if you will.

Last night, the wife and I saw the touring production of Come From Away. It’s the award winning musical that tells what happened in a small town in Newfoundland when some thirty-eight planes and seven thousand people were diverted there with the airways were closed on 9/11/2001. A beautiful show that tells of the human spirit of compassion and giving, and a good bit of endurance.

Even with having to mask up and show our vaccination cards, it was good to be back.

It was good to remember that there are good people in this world.

It’s also good to remember that, regardless of what the rodent says, spring is coming.