Has it really only been a week? 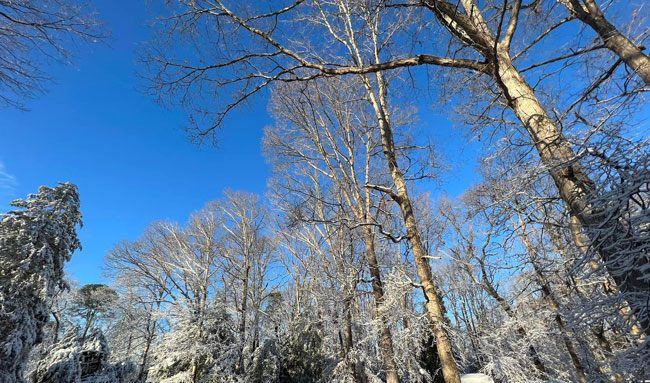 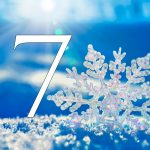 I wrote last Friday that one magical night wouldn’t make everything better. It certainly has not.

On a side note, did I ever tell you the story of the time my wife (then fiance) and I chaperoned the prom at the high school where she taught. The theme for the prom was “This Could Be the Night.”

For many of them, it probably was. But how the #&!! did that get by the censors?

Yesterday I finished what was a months long series of ABCs of Thanksgiving, Advent, and the Twelve Days of Christmas. Yesterday was Epiphany.

You may now properly take down your Christmas decorations.

Mine will be up a while longer. In truth for years they’ve been up until what used to be my four-day weekend with the Virginia holiday of Lee-Jackson Day on Friday and the federal Martin Luther King, Jr. Day on Monday. We lost the Lee-Jackson Day last year. That’s another story.

Some day, I may write it. But not today.

For the first time in a long time, I’m ready to pack Christmas away. Perhaps it’s because I started prepping for my Santa gigs in the spring and started playing Christmas music and watching Christmas movies around Labor Day.

More than likely it’s because the last week of 2021 was anything but a picnic.

Don’t get me wrong. We had a lovely Christmas.

But the day after Christmas when I was scheduled to return to Kings Dominion for ten more days of shows, we got shut down because cast members tested positive for COVID. Within two days, two of my family members also tested positive. My older son and I did not.

Then, without sharing too much detail that might embarrass her. My Mom fell and broke her leg. It was almost seventeen hours before she was found. I’m in my home town right now helping her transfer to rehab. My brother and I are tag-teaming. I’m currently in her apartment in our hometown waiting for the case worker to tell us they’ve found a rehab spot.

Even that’s not happening today.  We’re snowed in again and they won’t move her in this weather.  So when the roads clear, I’ll head back to the hospital for the afternoon.  And we continue to wait.

But wait, there’s more. I put new tires on the truck before Christmas because I knew they would not pass inspection. I mean, the truck is 18 years old…no, the tires weren’t.  Try to keep up.  But with the work that the truck needed to pass inspection, I spent the money we were setting aside for the beach.

And did I mention that my son’s dog needs major surgery?

So, yeah, it’s been a crappy week.

But we can’t give up.

We have to keep going.

Earlier this week, on J.R.R. Tolkien’s birthday I posted the following: 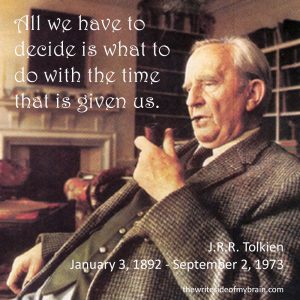 “All we have to decide is what to do with the time that is given us.”

Those words are spoken by Gandalf in The Lord of the Rings. Frodo is lamenting the fact that the ring ever came to him and says that he wished it had not.

Gandalf in his wisdom reminds Frodo that we can’t change what circumstances come our way. We can only decide how we’re going to respond to them.

One week at a time.