The Seventh Day of Christmas

The Eighth Day of Christmas 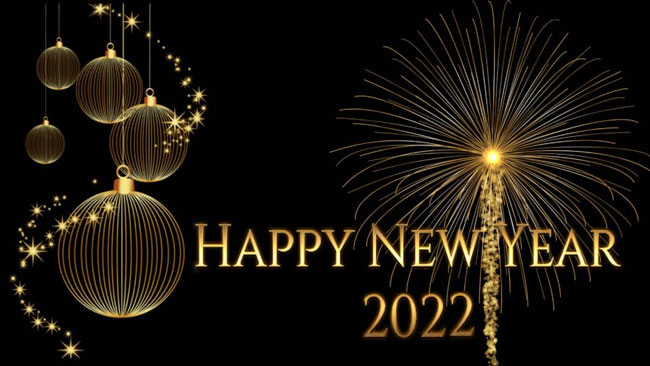 When all the nation had finished passing over the Jordan, the Lord said to Joshua, “Take twelve men from the people, from each tribe a man, and command them, saying, ‘Take twelve stones from here out of the midst of the Jordan, from the very place where the priests’ feet stood firmly, and bring them over with you and lay them down in the place where you lodge tonight.’” Then Joshua called the twelve men from the people of Israel, whom he had appointed, a man from each tribe. And Joshua said to them, “Pass on before the ark of the Lord your God into the midst of the Jordan, and take up each of you a stone upon his shoulder, according to the number of the tribes of the people of Israel, that this may be a sign among you. When your children ask in time to come, ‘What do those stones mean to you?’ then you shall tell them that the waters of the Jordan were cut off before the ark of the covenant of the Lord. When it passed over the Jordan, the waters of the Jordan were cut off. So these stones shall be to the people of Israel a memorial forever.” 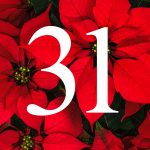 I’ll make you a deal, let’s be real quiet tonight and maybe if we don’t startle 2022, we’ll be off to a better start.

Then again, one magical night isn’t going to make things all better. At least not any more than one magical election will change the trajectory of our country.

Nay my friend. Far too late.

The scripture above is from the book of Joshua when the people of Israel were planning to cross the Jordan river. God commanded them through Joshua to set up twelve stones of remembrance. These were to be there to remind them, and to remind their children of what God had done for them.

While there are parts of 2021 I would like to forget, there are also many, many parts that remind us of the goodness of God.

So, consider these my 2021 Stones of Remembrance.

I also begin the year only posting on Mondays. Fast forward that to November when with my series on the ABCs of Thanksgiving, Advent, and the Twelve Days of Christmas I posted every day for over two months.

Frankly, that’s exhausting and not likely to happen again.

Early on, after the events of January 6, I wrote This is Not the Way. But it was also not an insurrection and the investigation is just partisan seriousness.

How do I know? If thousands of conservatives wanted to start an insurrection they sure as hell wouldn’t show up unarmed, and we all know that.

In February I wrote Since the first of January we’ve lost Cloris Leachman, Cicely Tyson, Hal Holbrook, and just at the end of last week, Christopher Plummer.

Little did I know it would be a year of losses. Not only celebrities, but of personal losses. Family members, friends, classmates. I think by December my wife and I had counted some two dozen losses. We attended far too many funerals in 2021. Ironically, or not, only one of those two dozen losses was due to COVID.

Somewhere in the midst of those losses we celebrated day 365 of 15 days to flatten the curve, and I got restricted on Facebook for a meme that had been shared widely.

FWIW, there is no appealing to the Facebook overlords.

At the end of March, I started a series on Holy Week with I Love a Parade.

And I got my first vaccination. Veni, Vidi, Ouchie.

On a side note, as of this writing, I am twice vaxxed and boosted. this week I suspected that I had COVID, but my rapid test came back negative.  I await the results of my PCR. Two members of my household have already tested positive, my show at the park is closed for now although I’m going in today to work in a different area.  But my Santa season may indeed be ended.

All I’m going to say is three shots and I could still have been sick?

I digress. Or, perhaps not.

Along the way, B.J. Thomas went Home Where He Belongs, and Prince Philip received a heavenly crown.

Of course you’ve heard, or read, my writing about the Summer’s Great Unpleasantness (™). And by that I mean my diagnosis and treatment for prosate cancer. It was no picnic, but I tried to face it with humor and appreciation for my caregivers.

Facebook didn’t think so when I checked into the hospital for the radiation seed implants and said “Let’s Kick this Pig.” A common, motorcycle phrase. But I once again got restricted from posting because of it.

Even with that help, I got a little tired of people saying “but it’s the easy cancer.” No cancer is easy, and I told you why here: What Not to Say to a Prostate Cancer Patient.

In the middle of the treatments, my one-act play Mama at the Window got an initial reading in a project with Henrico Theatre Company and the Richmond Playwright’s Forum.

If you follow me on Facebook as, of course, you should, you’ll remember that I posted a daily song to go along with the treatment countdown. When it was all, thankfully, over, I posted the Playlist.

I took off the month of August from the blog. I needed to think, or Ponder which was one of my three words for 2021.

I came back at the beginning of September, just before my son started his freshman year at Randolph-Macon College.

We observed the 20th anniversary of the 9/11 attacks. A day that started as Just Another Day.

I had a great reunion with my cousins. We should do that more often.

In November, Virginia elected the most diverse ticket in history, all Republicans.  I don’t mind telling you that I was (and am) pretty happy about that.

As I noted already, at the beginning of November I started my ABCs of Thanksgiving series, followed by Advent, and then the Twelve Days of Christmas. That continues because Christmas isn’t over yet.

It was a challenge to do daily posts, along with working the day job, observing the holidays, and donning the red suit. I’m not sure I’ll do that again and as of next week I’ll be back to Monday through Friday postings.

At least until I change my mind again.

The year is not ending as I might have hoped.

I’ve already noted above that my family appears to be ending the year with COVID. Mild cases to be sure. But it’s goobered up year-end employment and my Santa gig at the amusement park.

I look forward to brighter days in 2022. But even if we face the same or different, more challenging struggles, life remains good, people in our live is good, and our Heavenly Father is always good.

I’m reminded of that a lot these days. This earth is not our final home.

My Scripture reading this year has been in The New Testament and Psalms. Tomorrow I’ll start another read through in a different translation. I’ll be doing the full Bible in 2022.

But this week finishing up in Revelation, I read.

He will wipe away every tear from their eyes, and death shall be no more, neither shall there be mourning, nor crying, nor pain anymore, for the former things have passed away.”

But we have something to look forward to, and it’s not just the next page of our calendar.