ABCs of Thanksgiving – S is for Sunshine

ABCs of Thanksgiving – U is for Understanding

ABCs of Thanksgiving – T is for Theater 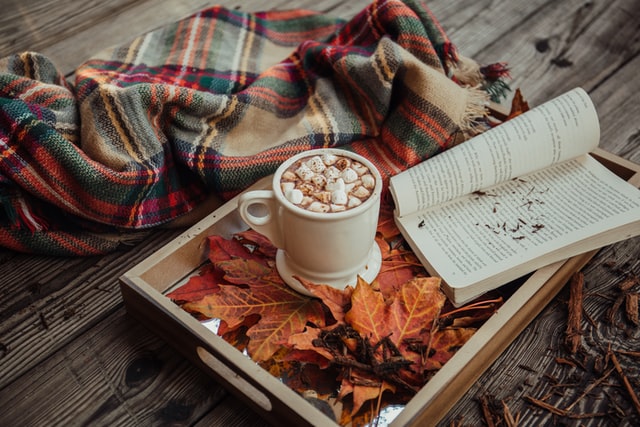 “You should feel a flow of joy because you are alive. Your body will feel full of life. That is what you must give from the stage. Your life. No less. That is art: to give all you have.” 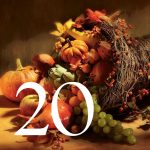 I’m not sure if it was the first stage show I ever saw, but the first I remember is The Man in the Dog Suit produced by our local community theater. My middle school history professor played the lead.

A few years later at the same theater I fell in love with Sally Bowles in a very tame version of Cabaret. I had friends from high school band in the production. That’s when I realized I wanted to be on stage.

Two years after that, again same theater, I was on that stage in a production of Anything Goes. Three years ago, I got to do that show again with The Theater Company of Ft. Lee.

I love the theater.

I mostly love watching which is what I’m mostly doing these days.

Since the Summer Unpleasantness (™) I’ve taken a few steps back. My performances these days consist of 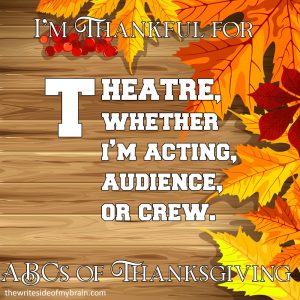 donning the red suit and that season is upon us.

In fact we open Winterfest tonight.

I have accepted that most of my acting days, except the noted portrayal of The Claus, are behind me.

While I didn’t get to play Sweeney Todd, I did get to play Judge Turpin, so that one I consider fulfilled.

The others I’ve made some adjustments to,including the fact that I’ll likely never get to play them.

I do think I will get back to directing. Maybe next year. Maybe not.

Two of my favorite shows, Jesus Christ Superstar, and Fiddler on the Roof, both with parts once on my list of dream roles, will be here with touring productions in the spring. I have dropped the hint for my Christmas list.

That’s probably the closest I’ll get to seeing Broadway again. Even if it was in the family budget, I’m not likely to spend hundreds of dollars on one performance.

I’m sorry. Nobody is that good.

I’m content to remember that I once saw Yul Brynner in The King and I on Broadway. I paid $9.00 for a rush ticket.

Theaters and actors are struggling to come back after the pandemic shut everything down.

Buy the ticket. Write the check.

The show must go on.

Photo by Alisa Anton on Unsplash