ABCs of Thanksgiving – D is for Dogs

ABCs of Thanksgiving – F is for Family

ABCs of Thanksgiving – E is for Easter and the Empty Tomb 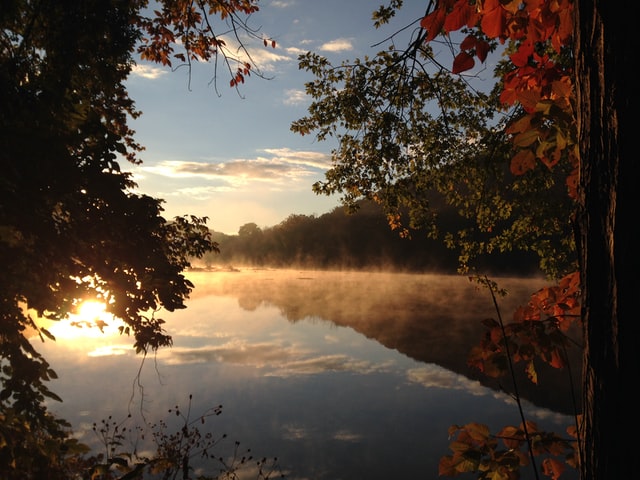 When the Sabbath was over, Mary Magdalene, Mary the mother of James, and Salome bought spices so that they might go to anoint Jesus’ body. Very early on the first day of the week, just after sunrise, they were on their way to the tomb and they asked each other, “Who will roll the stone away from the entrance of the tomb?”

But when they looked up, they saw that the stone, which was very large, had been rolled away. 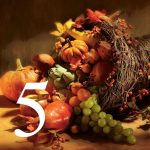 Easter is the reason for the other season.

It’s the reason Christmas is so important. Without the Empty Tomb, Christmas is just a nice story about a baby.

There are some 4200 religions in the world.

Okay, maybe a few more now that people are trying to claim a religious exemption from the COVID vaccine.

But that’s also another story. 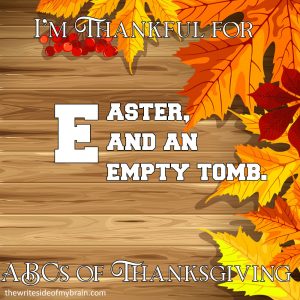 Only one empty tomb.

And that’s why I’m thankful for Easter.

Sure we spent a lot more time preparing for and celebrating Christmas.

It’s the recognition of the one true gift after all.

But Easter. Easter is the day the story all comes together.

For almost three years, His disciples followed Him, believing that he was going to overthrow the government and establish His kingdom on the earth. 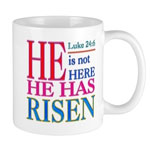 And when He died on the cross, they spent the next two days in fear and despair.

On that Sunday morning, the women headed to the tomb to minister to the body of their Lord.

Despair turned into rejoicing and his disciples gave their lives to tell His story.

Photo by Chris Liu-Beers on Unsplash

Happy Anniversary to my Bride of 35 years. She has