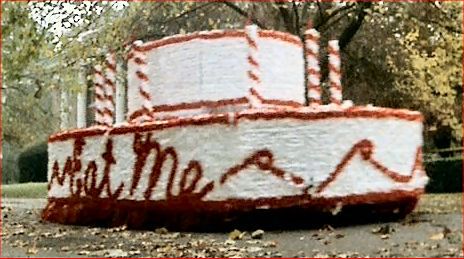 May I have Ten Thousand Marbles, Please? 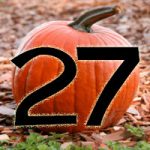 I’m not sure what exit I took the other day to take me down memory lane, but I found myself thinking that I miss Homecoming.

High School homecoming to be exact. In the early-mid 70s.

Yes, I know traditions vary for homecoming. This was the way we did it at Giles High School.

I actually designed four out of the five floats that my class put together.

Then our Junior year when paper prices either skyrocketed or there was a shortage (I don’t recall the reason), we determined that we would not use paper products. So a friend and dressed like the opposing team mascot and pulled our princess through town in a horse carriage modified to look like at chariot.

We were Spartans, after all.

On a side note, when did they stop making regular table napkins in all the different colors? A quick Google search, because I’m really just that lazy, tells me that the colors started disappearing around the same time the pastel colors of toilet tissue did. And that was because there was some though that the dyes were harmful to the skin.

Practically speaking, using all of that paper was a bit wasteful anyway. After the parade and after the floats were pulled around the track at halftime, all that paper went into the trash.

But I’m not getting all sentimental about the colored napkins.

It was the fun we had in putting things together. The different activities of the week.

I don’t want to go back to high school. I do wish I could find my yearbooks, they’re packed away somewhere, perhaps in the attic.

Perhaps more than anything, this little bit of nostalgia reminds me that I have stories to write. This isn’t really one of them.

What I miss most of all are my friends. Many of whom I’ve managed to connect with via Facebook. Far too many that we’ve lost over the years.

Here nearing the end of my sixty-third October, I am warmed my memories of fifty years ago.

Thanks for indulging my little step back into time.