Is it Friday Yet? 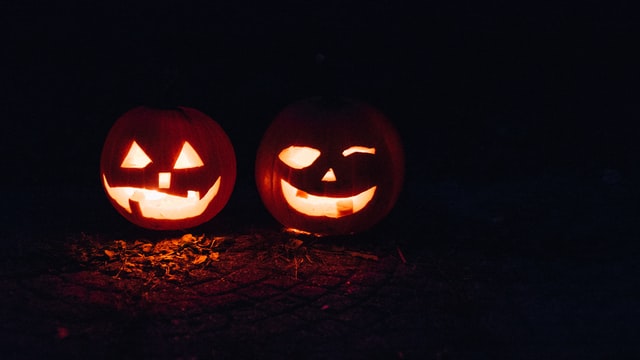 “There is no season when such pleasant and sunny spots may be lighted on, and produce so pleasant an effect on the feelings, as now in October.” 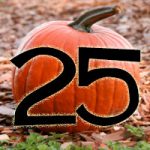 Here we are on the last Monday in October. I don’t know about you, but I had a busy weekend.

So, rather than the brilliant essays to which you have become accustomed (I never said they were posted here), here are some random thoughts for a fall Monday.

Christmas is two months from today. With the current shortages and shipping backlog, it’s probably wise to shop early if not often.

Speaking of shipping delays. The new Santa suit that I mentioned on Friday showed up twenty-eight hours after FedEx confirmed delivery by saying “we left if it on the front porch.”

More to the point about Christmas, you’ve seen the meme. Something like if you think shipping delays will ruin Christmas, perhaps you’ve forgotten the real reason we celebrate. That’s a paraphrase.

“Maybe Christmas,” he thought. “Doesn’t come from a store.”

I actually got a lot done this weekend.

Saturday I spent about two hours in the yard. That’s significant, because for most of this year, after the summer’s unpleasantness, I would be exhausted after just thirty minutes.

I like to think I’m getting my strength back. Maybe the change in temperature has helped.

Unlike the offspring who didn’t help.

WHAT I WOULD LIKE TO HAVE HEARD: Dearest Father, might I offer unto thee mine assistance in your labours of the landscape in exchange for a small boon upon our return.

WHAT I HEARD: When you get back in, I need you to help me print something.

I also learned that I have no business carrying bags of gravel and/or mulch.

I spent a good amount of time working on graphics this weekend. I did some themes for Instagram. I’ll be sharing them here as well.

I won’t spill the beans, so to speak, but I have posts ready for almost every day between November 1 and Epiphany.

Speaking of beans, have you seen the meme that asks which one of these dishes you would remove from your Thanksgiving menu? I always say baked beans. Who serves baked beans on Thanksgiving?

No offense if you do, but blech.

The other thing I did Saturday night was binge the first four episodes of Dopesick on Hulu.

It’s the story of the Oxycontin scandal and the pharmaceutical company that pushed it, and made billions. Much of what happened occurred in far Southwest Virginia. Dopesick was filmed partly in Richmond and I’ve got several friends who make appearances.

It’s a scary story that ruined the lives of thousands.

I’m not an anti-vaxxer, and I’ll likely get the booster. But as I watched Dopesick, I couldn’t help but think that maybe, just maybe, we should all be a little more skeptical about something they rushed to put in our arms.

Your antibodies may vary.

Halloween is coming and we’re planning to have candy for the Trick-or-Treaters this year. Our neighborhood is once again in transition and we have small children again.

We won’t be going to any Fall Festivals, but I wish them well. I’ve always sort of thought that they were just Halloween parties in drag anyway.

True story. My wife and I once attended a church that said children should dress as their favorite Disney or Bible character. We wanted to go as Cruella de Vil and the Madman of the Gadarenes (look it up, it will do you good). Instead we took our son Trick-or-Treating and turned the lights out when we got home.

We had plans for Sunday, but they got changed, sort of at the last minute.

But hey, we have a new vacuum and a new weed eater.

Thanks for stopping by. Have a good week.

Photo by Beth Teutschmann on Unsplash