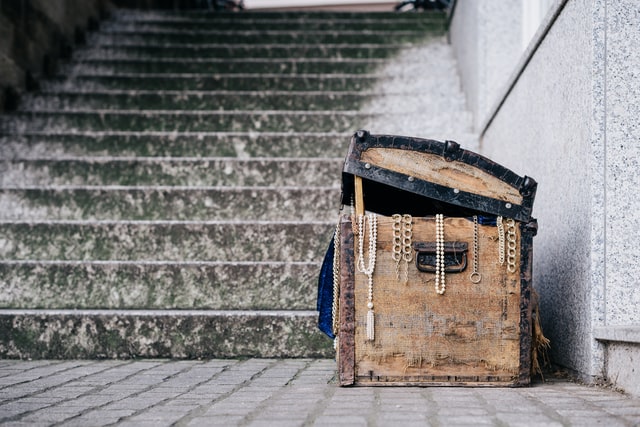 Steve Martin in The Jerk

We just finished the six month of the year. It wasn’t easy, but it still beats last year’s 365 days of 15 days to flatten the curve.

Six months in. Six treatments down.

A lot to think about. So, I’ve been looking around and thinking about the stuff that I really need.

There’s not a lot.

But what I need is a far different list than what I want.

DISCLAIMER: Before you read on, I feel that I must assure you that this is not an “I’m giving away all of my stuff because I’m checking out” post. At least not anytime soon according to my plans.

Long time readers, which I hope is both of you, will know that over the last few weeks I’ve been talking about simplifying things.

The reality is that with the current treatment, I just don’t have a lot of energy. So for now at least I’ve put aside working in theater and working in the amusement park.

Following the end of my treatment we have a week scheduled at the beach where I’ll Ponder [My Three Words] about what my next steps are…if and when I return.

We don’t have to make that decision today.

I’ve also talked about the need to clear the clutter from my home office. Don’t get me wrong. I love the space. I have all of my important things surrounding me.

That’s the problem. Too many of those things are deemed important.

When I was setting up to do virtual Santa visits last season, I rearranged my office three times before I got a workable configuration. 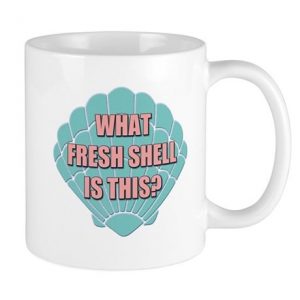 The solution I came up with worked, and I had multiple happy visits. But it was also a little, or a lot, claustrophobic. When I set up the blue screen and sat in my Santa chair, was trapped.

There was no going anywhere, and I do mean anywhere, without disassembling something.

Have I mentioned that I’m a man with prostate issues?

So, amongst my summer goals, or at least amongst the ones I think are achievable, is a plan to clear out my office. To get rid of the things I don’t need.

I have boxes of scripts that are soon going to theater storage. At the time we moved out of our building, it made sense for me to store them. It no longer does.

But there are also boxes of my own theater materials, boxes of props, boxes of writing materials, and just boxes of stuff. Stuff that might or might not have meaning.

Monday evening I attacked a couple of boxes. I was brutal.

I threw away trinkets. I threw away programs from conventions and briefings that I put together some thirty years ago in Washington.

If my family is reading this, I need to let them know that I didn’t keep every card and letter. I did re-read them all and kept some special ones.

I kept a sampling of the work from DC.

Like the program from the legislative briefing following the first Gulf War when George H.W.Bush said “By God, we kicked the Vietnam syndrome.”

I did not, however, keep the “I survived the Clinton Administration” button.

But, for the record, I do NOT have information that will lead to the arrest of Hillary Clinton.

I made some tough decisions, and I had more to make.

And here’s why you need the disclaimer at the top.

I realized that I was going through stuff and making choices based on the thought that “my boys won’t want to sort through this crap.”

Don’t tell Marie Kondo, but I based many of my decisions not on whether something might spark joy, but on how many trips to the landfill the boys would make.

So much of what we deal with is just…stuff.

An extended one. I’ll get the office done this summer and in time for virtual Santa visits. Speaking of which, the contract offer came yesterday.

Maybe the Lord was sending me a message.

Do not store up for yourselves treasures on earth, where moths and vermin destroy, and where thieves break in and steal. But store up for yourselves treasures in heaven, where moths and vermin do not destroy, and where thieves do not break in and steal. For where your treasure is, there your heart will be also.

But going through cancer treatment this time, more so than last, I’m realizing that some things aren’t quite as important as I once thought.

And that’s a good thing.

New Study Finds Lockdowns Didn’t Save Any Lives And May Have Killed More People Than Doing Nothing
The Federalist
A new study from the Rand Corporation and the University of Southern California titled “The Impact Of The Covid-19 Pandemic And Policy Responses On Excess Mortality,” found that the lockdowns that were mandated in response to the Wuhan virus outbreak didn’t save lives, and even worse, they may have actually resulted in more deaths than would have occurred if shelter-in-place policies had not been mandated. Read More.

The Left Slides Into Acceptance of Antisemitism 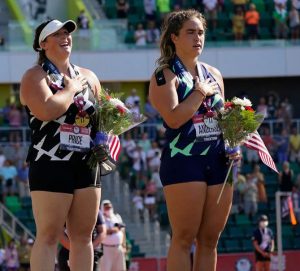 The Algemeiner
Once you say that Israel can be singled out and judged by double standards, and that Jews alone are to be deprived of rights denied to no one else, there’s no way to avoid heading down the slippery slope of antisemitism. Read More.