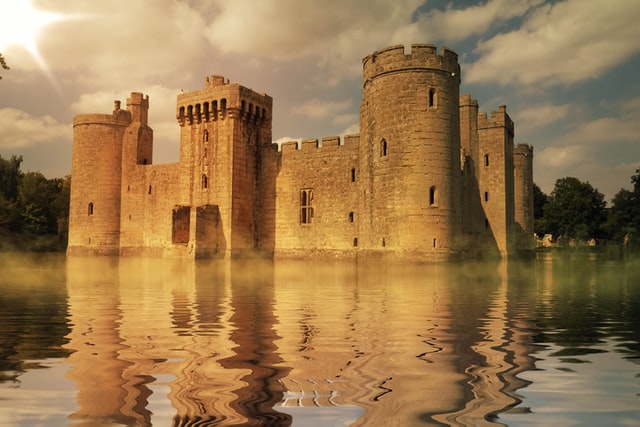 We live out our lives as we are meant to live them-with some choice, with some chance, but mostly as a result of the persons we are.

This weekend, I finally finished one of the books on my current reading list. It only took about forty years.

Allow me to explain. As if you thought I’d do otherwise.

In the early 1980s, I discovered a new fantasy series by Terry Brooks. While The Sword of Shanarra was published in 1977 I didn’t find it until a few years later. It is an epic fantasy novel and the first in what turned out to be a series of thirty-six books ending with The Last Druid: Book Four of the Fall of Shannara, published in October 2020.

But I’d fallen in love with Tolkien’s writings in high school and was introduced to C.S. Lewis in college.

After college I moved back home and took a job that was less than inspiring and was in a church relationship that smothered any sense of individualism that I had. It took me about three-and-a-half years to escape both.

No not writing about those here. They’ll be in the book.

When I did escape I ended up in politics.

I think I had a lot more time to read back then. Maybe I’m making that up, but I certainly didn’t have the internet, I wasn’t acting, I was nowhere near a theme park.

And I didn’t look anything like Santa Claus. True story.

I did start writing a novel or two on the old Smith-Corona typewriter that I got for high school graduation.

But it was around that time that I found the Shannara series, along with The Thomas Covenant Chronicles by Stephen R. Donaldson, and the Deryni series by Katherine Kurtz. For the record, both also continued writing and I’ve not finished those either. I’m a little more than halfway through Brooks’ Landover series. Again, only because he kept writing.

On a side note, I finished the Left Behind series out of sheer stubbornness. Except that I refuse to read the prequels.

But Terry Brooks continued writing his Shannara series over the years. Sometime before the afore-mentioned escape, I stopped reading them. In 2013, I picked them up again and started over.

I purchased a lot of copies second-hand through Amazon. I read a few from the library.

Initially I didn’t want to buy the final book in hardback, but sometime after the first of the year I gave in and ordered my copy.

I’ve been reading it slowly over the last few weeks. True, it doesn’t fit into this year’s theme of British history and literature. But I made that exception.

Sunday, on a day where I felt I needed to take care of me, I set up a chair on the deck, ignoring how much work the deck and the yard read. I sat in the sun for five hours and finished the book.

Not bad for something that only took me forty years. To be fair, since I re-started the series in 2013, it was really only eight years.

Terry Brooks was a law student at Washington and Lee University when he started writing the books in 1967. Unlike my attempts on the Smith-Corona, he kept writing. He found his genre after reading…wait for it…The Lord of the Rings in college.

Some critics said that the series was too derivative of The Lord of the Rings. Perhaps, but the series begins some 2000 years after The Great Wars after a nuclear holocaust wiped out most of the planet and rearranged geography. What better time for elves, and dwarves, and things that go bump in the night to come out of hiding?

The initial Shannara trilogy was adapted for television a few years back, but I’ve never watched it. I’m too busy with my current binge watching The Simpsons predict the future.

Perhaps it seems a bit silly that I’m celebrating the fact that I’ve completed this series. But in this plandemic (d’oh!), I mean pandemic, we need to celebrate the small and large triumphs.

I’m not sure what it says about me that I’ve finished the Shannara series before I’ve finished the complete works of Shakespeare (I’m working on it). And reading thirty-six books in forty years, or even eight, probably shouldn’t be considered a great accomplishment.

Especially when Goodreads tell me that I’m still seven books behind on my 2021 goal.

Photo by Richard Clark on Unsplash

Biden has a strange definition of patriotism
The Washington Times
President Biden told America on the campaign trail, in the early days of his administration and over the course of his first 100 days in the White House that on the coronavirus, he would follow the science and issue executive guidance based solely on the science.
He lied. Read More.