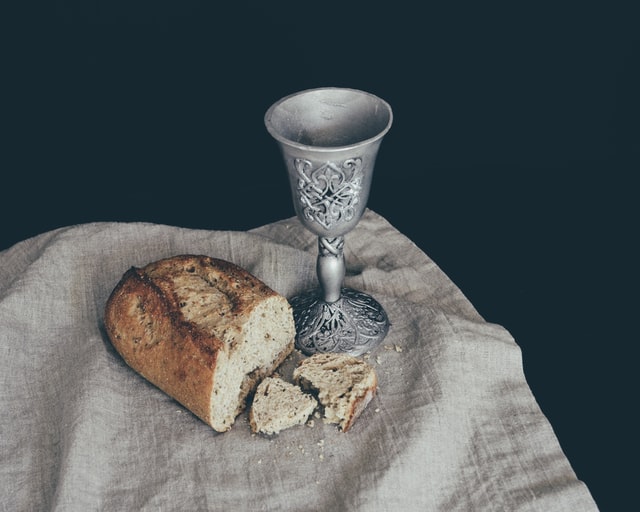 It is Thursday of Holy Week, also known as Maundy Thursday.

Maundy comes from the Latin word for “command” because it was here at the last supper, that Jesus gave his disciples this command.

From this evening comes the Christian tradition of communion. Churches have had to get a little creative with the sharing of the bread and wine over the past year as no one wants to share a cup, not even a consecrated one.

Communion traditions vary among the denominations. But whether it’s grape juice in a disposable plastic cup, or wine in a shared chalice, the intent is to same. This is how we are reminded of Christ’s sacrifice.

In the 70s I had a poster that showed the bread and the wine. The caption read something like “Jesus of Nazareth requests your presence at a dinner to be given in his honor.” That’s a paraphrase of what I can remember from about 50 years ago.

I mentioned yesterday that I always wanted to be cast in Jesus Christ Superstar, but I knew that I’d never make it as one of the disciples. Still, I’ve actually portrayed a disciple a few church productions. Tonight I’ll be part of a pre-recorded Living Last Supper where I play the Apostle James.

Narrator: Yes, he knows that he is too old. These are not normal times.

As believers, we know that the next couple of days are dark ones, but we have the advantage of knowing how the Easter story ends.

That night around the table, the disciples weren’t quite sure that they were hearing. They really didn’t understand that the next few days would be the worst days of their lives. In a little more than twenty-four hours, all of their hopes would be dashed.

Ah, but there is hope.

And it’s worth waiting for.

Photo by Debby Hudson on Unsplash