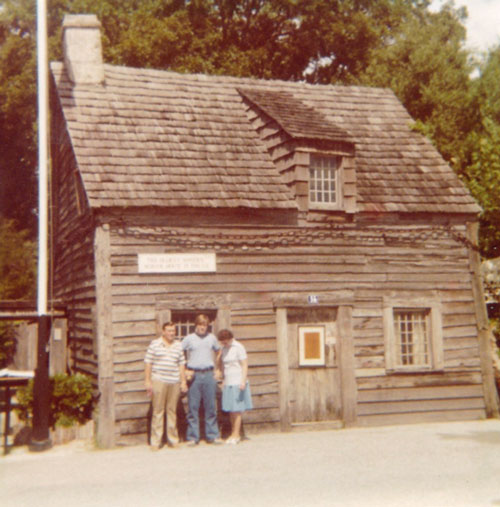 I am not a poet. For a while in my early high school years when I first started writing for the newspaper I thought that I might be. I was wrong.

I mean, my best writing is often snarky, and I’m not sure that fits in the world of poetry unless you get to limericks. But I’ve never been to Nantucket.

Don’t try to tell me you didn’t get that.

Over the weekend, I was working on a couple of writing projects and needed to find a draft script that I had written about a year ago. Since I upgraded the computer in the fall, I knew it was on the external hard drive, except that it wasn’t. Nor was it on another five or so thumb drives. I finally found it in Google Drive.

While in the search, I got lost for a while with things I had written years ago. There’s a lot of good stuff back there and I need to figure out what to do with it.

If nothing else, in those times when I get distracted with other tasks and don’t spend as much time writing as I think I should, and when I question whether or not I should still call myself a writer, I can look at those files and think, oh yeah, that’s what I am.

Today is my father’s birthday. Had he lived, he would be 92 today. But as things turned out, we lost him in 1978. He was only 49. Every day I realize more and more how young he was.

Five years later, we lost my uncle on my dad’s birthday. That after having lost my aunt just ten days prior. I wrote about that here.

I wrote about the last time I saw my father here.

Back to the poetry. Sometimes I have my moments. And I found one such moment in the weekend’s search. I don’t recall when I wrote this or what prompted me at the time.

But here, on my Dad’s birthday, I offer it again.

I am the son of Marvin,
who served his country in Germany and Korea,
who love the mountains,
who could fix anything,
who died too soon.

I am the son of Arthur,
who walked to his work at the tannery,
who did not trust paper money,
who lost his beloved wife to cancer,
who took me to pick blackberries.

I am the son of Reese,
who served in World War I,
who encountered nerve gas,
who built my desk,
who built a school.

I am the son of Gordon,
who drove an ammunitions wagon
for the Confederacy.

I am the son of William,
who considered other men to be
his property.

I am the son of Abram,
who fled his native France in search
of the freedom to worship,
who brought his family to the new world,
who built his home on the James River.

Woven throughout the tapestry of my life are the lives of these men and the women they loved. Because of who they were, I become who I am.

Most of them I never knew. I hear the stories, I seek their documents, I search for glimpses into the people they were and the lives they lead.

As I trace my roots, the missing threads in this tapestry are woven back into place. In the intricacies of the pattern are the thousands and millions of choices made by these men. At each turn a choice was made. At each turn my life lay in the distant future.

I am forever in their debt for choices made that brought me here.

Trump on Why He Is Speaking out as an Ex President, ‘They Are Destroying Our Country’
RedState