RECAFEEINATED MONDAYS: Look at all of the Stuff I Didn’t Get Done 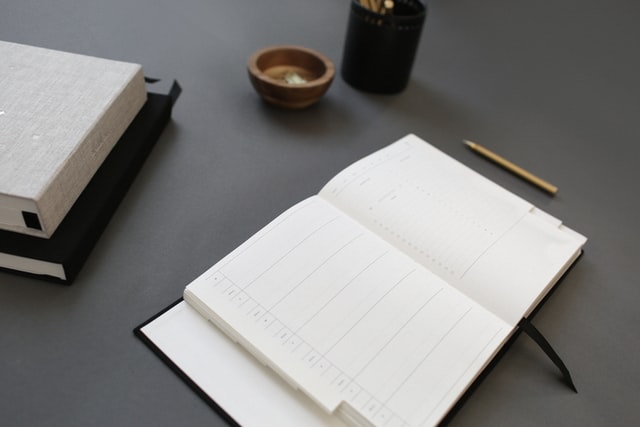 Seasons of Love from Rent

It’s the first day in the rest of your pandemic. Well, technically that was yesterday, but why are we even bothering with calendars anymore?

Like the rest of you, I remember thinking “I can do this for two weeks.”

We had no idea.

I’ve used this reference before. It was like the landing scene in Airplane.

I’m not sure when it was that I first said to a co-worker…”we’re never going back.” 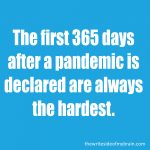 Sure the lockdown will be over eventually, long before July 4 if you get my drift, but office work will never be quite the same. Why continue to pay high rent prices when this whole teleworking thing has actually worked out and people are just as productive, if not more productive, than at the office?

My downtown office is prime real estate, and I have what is arguably one of the best views in the City of Richmond. If you followed me on Instagram, you’d already know that.

Who am I to quibble if I’m told to telework and someone else eventually gets that office space?

But that’s not what I planned to write about.

I’ve looked back at some of my notes and plans that I made early on when we were under house arrest.

Lose some weight, learn to play the ukulele, practice piano, finish the novel…I could go on, but I think we’re all fighting depression as it is.

I didn’t get all of those things done. But I did a lot of other things.

We managed to pull off a pretty spectacular celebration of my Mother’s 90th birthday.

We had a glorious week at the beach.

I learned how to be a virtual Santa Claus.

And, not that you can necessarily tell it now, we cleaned out the garage.

Perhaps I was naive to think that I’d accomplish so much, but I’m not going to beat myself up over not crossing all those things off the list. You shouldn’t either.

What’s important is that we kept moving. We kept doing what we had to do to survive.

So what if I ran out of things to binge on Netflix or Disney+ ?

I’m actually now somewhere in Season 10 of The Simpsons. Friday night, for the first time with this show, and for the first time in a long time, I actually snort-laughed. I still chuckle when I think about the scene of Homer’s bare backside sliding across the roof of the Crystal Cathedral.

None of us knew what this would be like. Most of us have just done what we needed to do to survive.

I’ll admit that for a while I’d feel bad if I didn’t spend a certain amount of time writing, or doing yard work, or if I didn’t make it to the gym every day.

But somewhere in the fall I realized that “Hey, we’re fighting a pandemic and I’ve been diagnosed with cancer. It’s okay to just sit her for a while, or a day.”

Truth is, in the last couple of weeks I’ve felt better and more energetic.

So, don’t feel sorry for me. I have excellent doctors and there’s a definite plan. Sure, this is a pain in the butt (literally), but there’s an end in sight…so to speak.

Do feel free to pray for me. But also pray for your neighbors. Pray for our country. Pray for the front line workers.

While I don’t think the virus, or many others, will ever completely go away, we will eventually see an end to the lockdowns. Perhaps we’ll even learn that the devastation caused by the lockdowns was far worse than the virus itself.

And when future generations turn to us and ask “what did you do during the pandemic?” we can say “I survived and did the best that I could.”

Photo by NORTHFOLK on Unsplash

The Sovietization of the American Press
Matt Taibbi

Rand Paul trashes Dr. Fauci: ‘He fashions himself some sort of Greek philosopher, tells you noble lies’
The Blaze