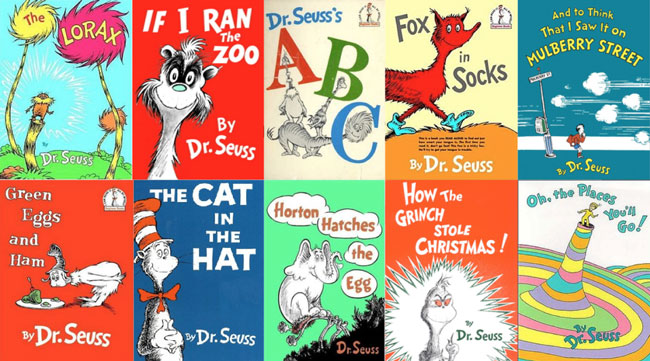 First they came for Cara Dune, but I did not speak up because I was not a Mandalorian.

Then they came for the Potato Heads, but I did not speak up because I was not a Potato Head.

Then they came for the Sneetches, but I did not speak up because I was not a Sneetch.

I don’t know about you folks. But I’m a little more than over this whole cancel culture thing.

And don’t fool yourself into thinking these are random events.

People left and right are being banned or restricted on social media. It’s mostly on the right, but I’ve had some liberal friends get dinged as well.

This is not some new level of wokeness. It is trying to shut down the voices of those with whom you disagree.

I myself spent a month in Facebook detention because of a meme that I posted. A meme that my friends on both sides of the aisle were laughing at because it was darned funny.

There was no recourse. For a month, I couldn’t create events, couldn’t go live on Facebook, or post to groups

It didn’t matter that I tried to appeal. No one at Facebook had time to hear my case.

So, I have to be careful. Because I use Facebook for more than just posting memes and taking quizzes. When I can’t post for the theater or for my writing work for for my Santa work, then that’s a problem.

[UPDATE: Before this even posted, I got a notice this morning from Facebook that I am restricted again for a meme I posted in November. NOVEMBER.  60 days without going live or advertising. I don’t normally do either of those anyway, but the point is there’s an obvious target on my back, just because I’m a smartass.]

Look, I get that we’re all a little hyper-sensitive these days. And were all more than irritable over lockdowns and teleworking and online shopping and never knowing exactly how many masks are supposed to be effective today.

On that note: God Bless Mississippi and Texas

If a social media post offends you, scroll on by.

If a book offends you, don’t read it.

If a television show offends you, don’t watch it.

If a business follows practices that offend you, don’t patronize their establishment.

It really is that simple.

Our fathers and grandfathers stormed the beaches of Normandy.

Our grandmothers planted victory gardens and went to work in the factories.

They were fighting the real Nazis.

We get the vapors over mean tweets.

I’d say points for the reference, but I’m sure that would be offensive as well.

I don’t know how we stop this ride down the slippery slope.

I think it may take each of us having the giblets to stand up and say “No, that’s ridiculous. Stop it!”

So stop it with the cancel culture.

If that offends you. Then maybe I’ve made my point.

James Doohan, best know for his role as the beloved Montgomery “Scotty” Scott on Star Trek, was born on this day in 1920 (died 2005).

Nigeria is ‘on verge of collapse.’ Lagos archbishop says ‘love those who hate us’
The Pillar