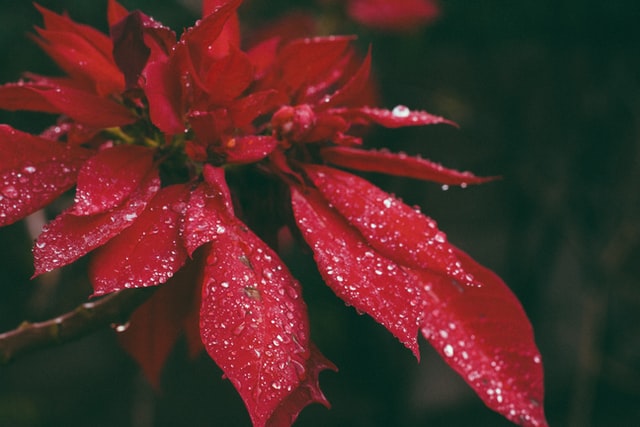 I took the Christmas decorations down this weekend.

Actually I started on Thursday and finally got the trees down (yes trees) yesterday.

I waited for the proper time. After Epiphany.

You know, like I mentioned last week as it is ordained by God, the U.S. Constitution, and the Sears and Roebuck catalog.

Once the vacuuming is done, all that will remain of the Christmas holidays are three fairly healthy poinsettias. We’ll keep them around as long as they want to be in our company.

In theory, you can get a poinsettia to turn red again for the next season. It involves hiding them in the closet and sacrificing a live chicken.

When these turn green if you want to try to reclaim them for the season, let me know.

I had one last year that stayed red for a good while into the spring. It was still red when the first lockdown happened and we all began to telework. When it became obvious that it was going to take much, much longer to slow the spread, I brought it home where it lived on the front porch with the other house plants.

When frost was coming, I let it go.

I already have a small jungle in my home office. That was tricky when I set up the blue screen for virtual Santa. So, I had to make choices.

I went with low maintenance.

We now have a couple of months before we’ll start to see signs of spring again. Unless the weather gets all wacky like it has in recent years and trees bloom in February only to die in an April frost.

I’m not a winter person. I’ve probably mentioned that before. I would be content to see snow on your postcards and Christmas cards.

I don’t know how you spend your winters. I’m trying to regroup a little.

I’m trying to stay out of the mess on social media. Sadly this time around it’s not just Facebook and Twitter that’s a mess. It’s the whole country.

Like I said Friday, my job is to pray.

In a normal year, wouldn’t mind the thought that we’re likely to be inside for most of the next two months. The obvious problem being that we’ve really been inside for the last ten months.

Hopefully someone is already having a talk with the groundhog and spring will be here sooner rather than later.

And hopefully, by that time, we’ll be well on our way with vaccinations and we can start finding our normal lives again. Assuming we have any idea of what that normal was or is.

I do get concerned about winter depression. Not necessarily my own, but it’s a real thing for many people.

So, check in on your friends. Call them. Text them. Tweet them while you can.

And, if you’d like to take them a poinsettia, let me know.

Photo by Jonathan Diemel on Unsplash