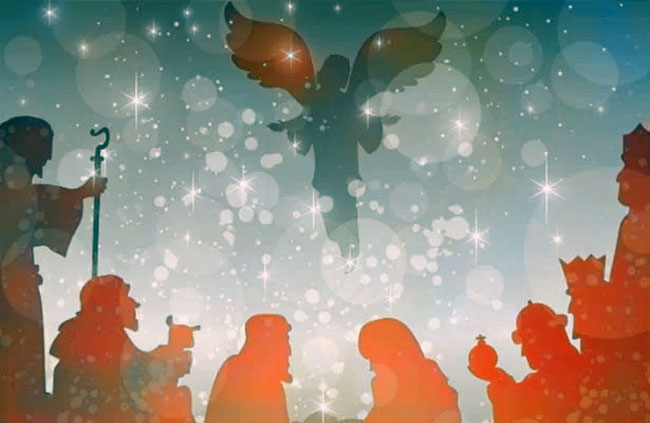 Then the angel said to them, “Do not be afraid, for behold, I bring you good tidings of great joy which will be to all people.

Ever wonder why angels have to start their message with “Don’t be afraid?”

I mean sure even if Michael Landon or Della Reese showed up in my living room, I’d be pretty startled.

Especially now, but let’s not go there.

Still, Clarence wasn’t too imposing. Until he got them thrown out of the bar, even George thought he was somewhat amusing.

Maybe it was just the appearance of angels that called for the calming words. But with both Mary and Joseph, the message was not to be afraid because this is what God called you to.

Still, I’d have to be a little nervous if I was either of them. 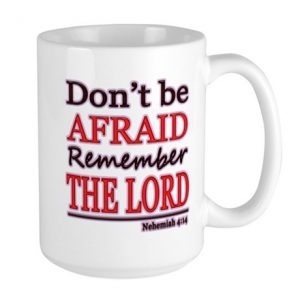 You can see that because some of us fear the virus differently than others. Some of us respect that it’s dangerous and needs to be taken seriously.

Some are literally cowering in fear, afraid to even go outside.

I fall in the, let’s take precautions, but let’s get on with life, group.

Your mileage and investment in hand sanitizer and toilet paper may vary.

Some of us are afraid of the election results, and with good reason.

If you’re not, bookmark this page and come back in about six months.

I have other reasons to be a little fearful right now. Let’s just say that there have been some medical results that aren’t exactly happy news.

I’ll tell the story when the time is right.

NARRATOR: The time is not yet right.

Being afraid of something doesn’t make us weak, it’ makes us human.

I have an irrational fear of heights. Irrational, because I know I’m not going to fall. Well, maybe that’s not so irrational at my current age and size, because you do not want this to fall.

But irrational like the time I had to sit and slide of of a partially built theater set on my butt because I could not stand and walk down. I got used to it once it was all built. I never liked it.

Or irrational like the time I literally had to be escorted out of the St. Louis Arch. My companions told me my

face when white as they walked on either side to the cramped little elevators…which didn’t bother me.

You may not be afraid of heights, but you likely have your own fears.

Maybe your afraid of aliens since a recent news story said they’re actually here, but just not ready to reveal themselves.

Jesus knew there were times when we would be afraid. He told us about them.

Peace I leave with you, My peace I give to you; not as the world gives do I give to you. Let not your heart be troubled, neither let it be afraid.

Jesus said those words to his followers who, at that point, didn’t know the road ahead. They didn’t understand that Jesus would soon be crucified. When he was they lived in fear until the saw him again.

They weren’t afraid after that and they went on to help change the world, facing more persecution than we could ever dream of.

But those words are for us as well.

It all starts with a baby in a manger.