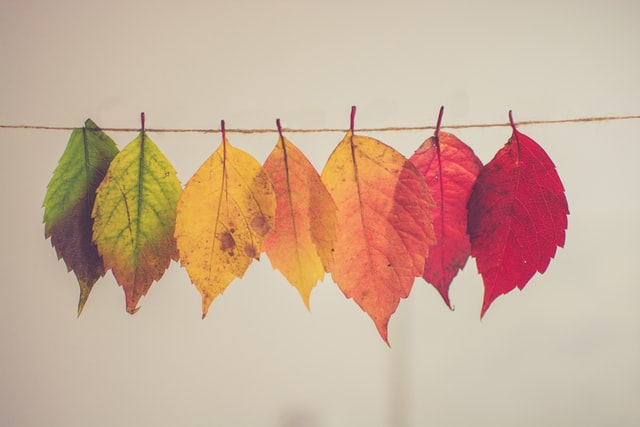 Be glad, people of Zion, rejoice in the Lord your God, for he has given you the autumn rains because he is faithful. He sends you abundant showers, both autumn and spring rains, as before.

It’s the first day of October and none of us expected that we’d still be under house arrest.

We could have expected that we’d be having heated political debates. If you haven’t seen them you likely aren’t online and don’t own a television. Which also means you probably aren’t reading this and it’s pointless for me to say anything.

Just like it’s pointless to fight these things out on social media. Don’t get me wrong, the temptations to do so are strong, and I certainly fought the good fight, or at least the fight, in the past.

But, while I struggle because I want to point out that most of you are just seeing what you want to see, I know that I’ll never change anyone’s mind no matter how many links I post.

Instead, I’d rather spend my time thinking and writing about October memories.

As a child, I knew that October always meant The Lord’s Acre Sale. What began as a movement in Georgia for folks to set aside proceeds from their harvest for the support of the church grew into a movement. For years in my home county, and maybe elsewhere if I weren’t too lazy to do more research, only the Methodist churches participated in the sale.

My earliest memories include a parade and going to the sale on a farm where an actor dressed like Jesus recited the Sermon on the Mount. A few years later, the festival moved to the high school parking lot. At some point along the way we lost the parade.

The big news was the year the Catholic Church was allowed to join in. I still have a small nativity ornament that I bought from them. It goes on our tree every year.

I haven’t been to the sale in years. I suspect there is no sale this year. But when it returns, I’d like to go back. Forget fair food, this is the place to be in October.

October also meant football, and homecoming weekend. We’d spend the week stuffing colored paper napkins into chicken wire for the big parade. That was back when the standard grocery store paper napkins

came in multiple pastel colors. I’m not sure I’d know how to design a float without them.

As I sit here writing this, I can see the backyard and the fire pit. I’m hoping it gets some use this October.

My Friday and Saturday nights will be spent on the Blood Lake Trail, but we’ll find some time for a campfire.

I’m a creature of summer. Always have been. I spent most of my youth being at the community pool from the time it opened until the time it closed. In normal years, I now spend my summer working weekends at the amusement park.

I’m not sure I know that that is anymore.

Football is weird, if it’s happening at all.

How can you have homecoming if there’s no school to come home to?

But the temperatures are changing. The leaves will soon be turning.

Pumpkin Spice is back at Starbucks. As I am counting calories, I am allowed to have one per season. It’s just that when I have it, I can’t eat for another two months.

It’s not a normal October. But I suppose I’ve never been normal.

I mean, what’s the fun in that?

I searched for an autumn scripture to put at the top of the page. I mostly found references to autumn spring rains.

NARRATOR: When you search the scripture for “fall” you get a different blog post.

The weather guy just said on the radio that a cooler and drier weekend is ahead. I can deal with that.

We have plans to clean out the garage.

Keep us in your prayers.

Photo by Chris Lawton on Unsplash