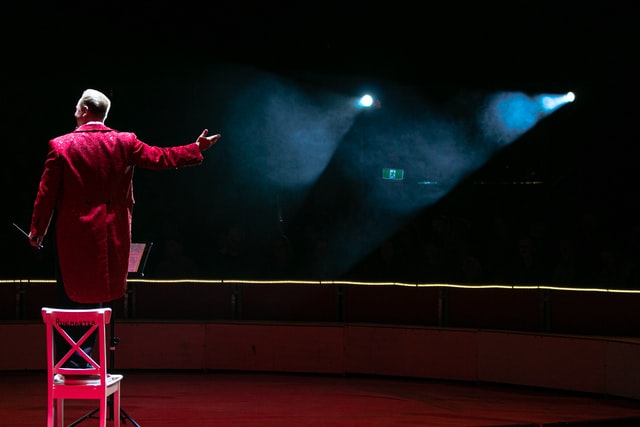 I was never a great student.

True, I was in the National Honor Society in high school. And in fifth grade, I was voted “Best Boy Citizen.”

It’s not that I don’t like to learn. I’m constantly trying to acquire new skills whether in writing, or theater, or design.

But I don’t need to sign up for another class.

I was tempted yesterday to follow the link to the free classes on LinkedIn Learning. I’m sure that they’re great courses. I’m sure I could learn a lot.

I’m not really sure where I was going with this post. I tried to write it last night while I was listening to the debate.

The better option might have been sticking needles in my eyes and writing about that.

The debate, if you can call it that, and I’m not sure you can, was a total embarrassment for the country.

Three men on the stage. They all looked bad.

Oh sure, depending on who you’re supporting you might think your guy did great.

They were all, including the moderator, pretty sucky.

Granted, Chris Wallace had the most difficult job in America last night and he lost control in the first few minutes.

We might have been better of if they’d never actually turned on his microphone.

No voters who had already decided changed their minds last night. We’ll see if the undecideds did. But no

Of course, the candidates and the media will have their spin machines going this morning. They already did last night with some people getting “I won the debate” emails before the referee, er I mean the moderator, welcomed the crowd.

I was reminded this morning that my dad used to like to watch amateur wrestling on Saturdays. Or, rasslin’ as it was called in our parts.

It was never pretty.

All I know for sure is that I’m so glad I don’t have to analyze debates, or spin for a candidate anymore. That’s one of the main reasons I stopped.

I’m a writer. I can write fiction. But sometimes it’s just not worth the cost.

We’re a little more than a month away from the election.

Twenty years ago, we had a contested election and it was mid-December before we knew that George W. Bush would be the next president.

This time, mid-December may be hopeful.

I know we’ve all been talking about putting 2020 behind us, and we’re probably not sad to see September leave.

But we still have a long way to go before things get better.

The reality is that no one on that stage last night is going to save us.

We’re pretty much on our own.

I’ve always loved the circus. But no amount of elephants or trapeze artists could have saved last night.

What we did have was a room full of monkeys flinging poo. Biden even brought in the clown references.

That’s hard for someone who has been political since grade school. But, I’ve almost always been disappointed with candidates and with the results.

You think I would learn.

Maybe there’s a class I can take.

Photo by Mark Williams on Unsplash