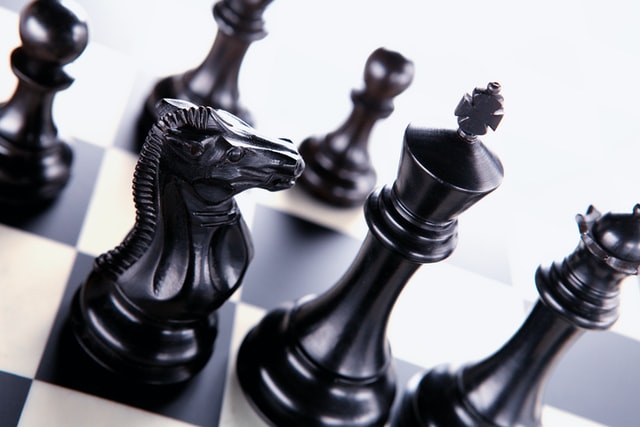 “That’s chess!” snapped Ron. “You’ve got to make some sacrifices!”

I have vague childhood memories of watching a movie with my parents where the Greek gods manipulated the lives of people below like chess pieces.

My memories may be faulty.

I suppose I could take the time to research the movie if I thought it was really anything more than a writing prompt for this post.

But I’d also run the risk of being entirely wrong about the movie. Then where would this post be?

I don’t believe the Greek gods are controlling our lives like that.

And I also don’t believe that our Heavenly Father is playing chess in the pearly game room.

I tend to believe that God set things in motion but that He doesn’t direct every move.

Or movie if you’ve ever seen anything out of Hollywood.

Not that He couldn’t, and not that He’s not in control. Even with all of the chaos.

Your exegesis may vary.

Neither the movie nor the chess game may be the best examples of what is going on today.

Except to say that there are a lot of moving pieces.

Not unlike a jigsaw puzzle or IKEA furniture.

Sometimes it’s hard to keep up.

I mean, as much as I don’t want to talk about current events, it looks like Atlanta is gearing up to be the next city to burn.

See what happens when you censor movies? Selznick already did that in Gone With the Wind.

Against my better judgment, I made a comment on a Facebook article about the group Lady Antebellum deciding to call themselves Lady A. Apparently, they’ve worked out an agreement with the blues singer who has performed as Lady A for years.

My only point was that I don’t buy the spin that they didn’t make the Civil War connection to the term “Antebellum” some twenty years ago. No, the term is not exclusive to the American Civil War. But, to be from the South and not know what it means?

In other bizarre news, Quaker Oats has announced that they will be discontinuing the brand “Aunt Jemima” because of the historical references to racism and slavery. “Uncle Ben” can’t be far behind.

Look, I don’t know the last time we had either product in our house. For one thing, we don’t eat nearly enough pancakes.

The company can do whatever they want. This is probably the right move.

But, after 131 years, you just made the slavery connections this week?

Closer to home I’m dealing with moving pieces waiting to see when there will be news about the amusement park opening, and working with my theater company to determine when we can actually reopen.

I’ve refreshed my email at least six times whilst writing this post, hoping there would be news.

I know that after 47 years of house arrest, we’ve gone from “We can do this,” to “I don’t think I can do this much longer.”

There’s just a lot we still don’t know and that can be stressful.

We don’t know what move to make next.

That’s why I don’t play chess.

Things you should read:

The use and abuse of history: Removal of statues means historically rudderless America
The Washington Times

Sing for us, Patsy:

Photo by Carlos Esteves on Unsplash