When a Friend Sails Into the West 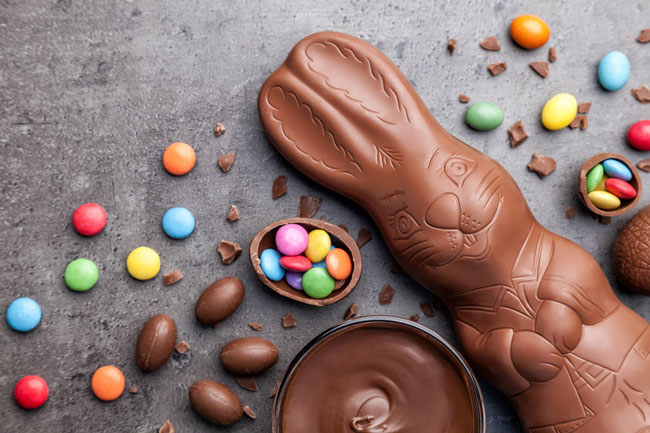 Then, the same day at evening, being the first day of the week, when the doors were shut where the disciples were assembled, for fear of the Jews, Jesus came and stood in the midst, and said to them, “Peace be with you.” When He had said this, He showed them His hands and His side. Then the disciples were glad when they saw the Lord.

Can you imagine a fisherman from the next boat over coming up to Peter on that Monday and saying “So, how was your weekend?”

Well, how was yours?

Probably much like last weekend. I did a bit of yard work. We did a few Easter things, dyed some eggs, filled baskets with candy. And yesterday, we found church services online.

You know in some ways, I’m enjoying these Sunday morning experiences. For the last two weeks, I’ve been up early to join the service from a college friend’s church in Florida. Yesterday, they had a beautiful, but very simple sunrise service.

Then I joined some high school friends on their farm in Southwest Virginial That place holds some very special memories from when we were all younger and it’s been wonderful to share it with them.

Somehow, sharing these remote experiences tends to make them more special. Perhaps they bring an appreciation of things we once took for granted.

Today is beginning my fifth week of teleworking. And yes, I had to go back and count. Unless things change here in Virginia, I’ve got another eight weeks to go.

So now the question is, what happens when the government finally says olly olly oxen free?

On Monday morning after the disciples had been to the empty tomb and after an evening where some accounts show that Jesus appeared among them did they even know what to do next? They had to decide what to do next.

NARRATOR: They figured it out and changed the world.

After a weekend of despair ended in the resurrection and the restoration of hope, the followers of Jesus went forth to share the gospel story.

When we’re finally able to go forth again, we won’t likely have the same impact on the world. But what if we went forth with the same sense of purpose?

And, let’s face it, we should be worried about getting our freedoms back. I don’t want to make this political, but you’ve seen the videos of the guy being pulled off of a train in Philadelphia, or the guy being tracked down for running on the beach. You’ve heard the story of the city that removed a community basketball goal because a young girl was playing. By herself.

That type of nonsense has to stop. It just does. And we’ve been a little too willing to accept every edict that has come down.

Don’t get me wrong. I’m social distancing like the rest of you. When I have to go out to a store, I’m wearing a mask.

But I am hoping, no expecting, that we’ll be able to return to normal sooner rather than later.

It’s not our new normal. And, while some things must definitely change when we emerge from our isolation, I for one and fully willing to give up neckties and handshakes. We need to make sure that we have not permanently surrendered our freedoms.

It cannot, and should not, happen overnight.

Some, no most, of this is out of our control. We just have to decide how we’re going to respond.

We can and will get through this. For now, we just have to decide what to do with this extra time.

You don’t have to write the great American novel (that’s my job), or paint the next Mona Lisa, or even clean your house from top to bottom. Those are all good things.

It’s okay if some days you hit the snooze alarm and are late getting to the couch.

I don’t know how much longer life will be like this. I think we all agree that it’s already been far too long.

But the darkness will end. The sun will shine.

The tomb is still empty.

Soon, we’ll be able to empty out of our houses.

What are you going to do about it?