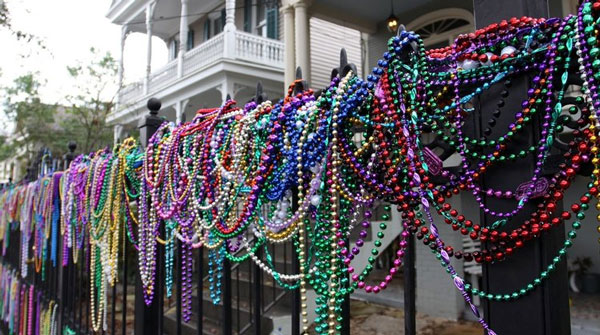 Tomorrow is Ash Wednesday and the beginning of the Christian season of lent.

I’m probably goobering up the history, but I think the Mardi Gras tradition came from having to cook up and eat all the “good” stuff in the house for the fasting associated with Lent.

I didn’t grow up celebrating Mardi Gras. In fact, my home church tradition didn’t really recognize Ash Wednesday or Lent. Let’s just say we were neither traditional, nor mainstream.

As an adult, while I’ve been to a few Mardi Gras parties, I don’t always celebrate.

I do, as I’ll talk about tomorrow, try to make the season of Lent something significant.

Of course, Mardi Gras is big in the south, particularly in places like New Orleans and Mobile.

Facebook has been reminding me that, nine years ago this week, I was with a small missions team doing post-Katrina reconstruction in New Orleans. It was my second trip there, and one of several that my church family took after the storm. As trips go, we had it pretty easy. We were building a fence for a daycare center at a church that was being restored.

Because it was post Mardi Gras, and because the church was on a main thoroughfare, we found several strands of beads. I collected a few of them, brought them home, cleaned them up, and incorporated them into a shadow box to commemorate the trip.

The memories make me think that I need to do something like that again.

I have no idea what that might be. I’m just putting it out there so that I don’t lose the thought.

You know, it fits in with the whole theme of not having much to do.

You also know that it’s really about making the time to do the things that are important.

If you’re still looking for things to give up for lent, here’s a pretty good list.