Recaffeinated Mondays: The View at Sixty

If only it was that easy 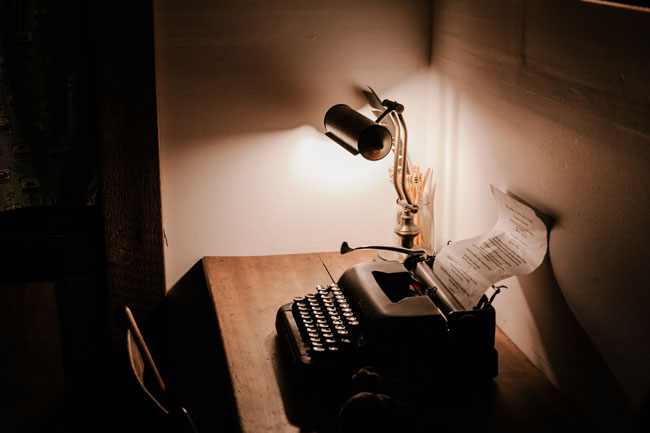 I’ve said this before.

While I’m of the mind that the hardest thing is to actually park one’s ample backside in a chair, there’s still a lot to be said about the struggle to find inspiration.

True, I spent most of the last three years writing at least a thousand words per day. Some of them good ones. Most of them words that will never be published. That does not include the writing that I did for work, for the blogs, and on my script, and novel.

There were times I struggled to put enough words together to make a moderately coherent sentence.

There were also times when my typing fingers could hardly keep up the pace of the words flowing from my brain.

There were also months like the last two of 2018 where I did very little writing. That’s another story.

I did some writing over the weekend. Including this post. I also had some theater obligations to attend to.

In addition to his post, and yesterday’s, I managed the latest edit of my script. Following last fall’s premiere, I knew it needed some work.

Still, with the weather reports saying we were due for anything from two snowflakes to four-hundred feet of snow, I decided to take the rest of the weekend off. Church was canceled by midday on Saturday (don’t judge, we watched the online service prepared for just that reason).

There’s a point to this post. Honest, I’m getting there.

When I got home from Saturday obligations, the son and I watched two movies. I apparently needed to catch up on Infinity Wars (can you believe that ending?) and Solo, which wasn’t as sucky as I’d heard.

Sunday, again after church, I watched three more movies. Don’t judge. As I said, we watched the church service. And me watching that much of anything is a rare thing. Unless it’s The Movies, and that’s another story.

One of the movies I watched was The Man Who Invented Christmas. If you don’t know, it’s about Charles Dickens and the writing of A Christmas Carol. From what I’ve read, it’s fairly accurate.

Well, except for the characters from the story who spend all their time in his study helping him write the book. (It’s a 2017 film, the statute has run out on spoiler alert warnings.)

Then again, if my characters actually did show up in my home office, my work would likely take on more of a Stephen King feel.

I’m not sure that’s really a bad thing. I wouldn’t snark at selling a bazillion books.

I loved the movie because I actually love A Christmas Carol. My favorite film versions are a tie between The Muppets and Mr. Magoo. Sadly, I missed at least three public performances of A Christmas Carol over the holidays because of my own performance schedule. I did catch The Muppet version with the family on Christmas Eve.

I also loved seeing Dickens struggle with his work. The frustrations. The inspirations he got from everyday moments in life. And the sheer joy when it was all done.

It’s good to know that writing wasn’t easy for Dickens. Most writers will, in fact, tell you the same.

But, we keep writing.