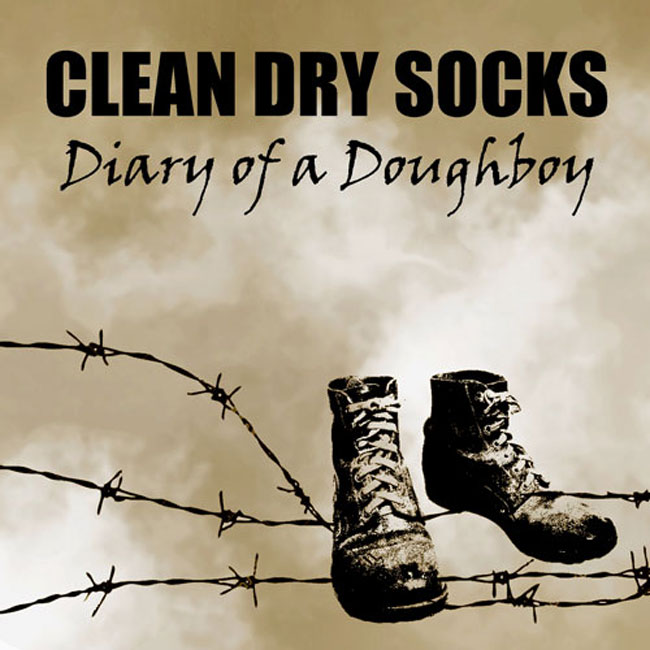 One hundred years ago this month, the Meuse-Argonne Offensive was being waged by the Allied forces in Europe as World War I was soon to draw to a close. The battle stretched all along the Western front and it lasted from September 26, 1918 until the Armistice of November 11, 1918. It was the largest and bloodiest operation of World War I. In the end more than 26,000 Americans, 28,000 Germans, and an unknown number of French soldiers lost their lives.

My grandfather was there at the beginning of the offensive, but around the first of October he was hit with mustard gas and spent the remainder of the war in a military hospital in France.

He had been drafted out of the hills of Southwest, Virginia and answered the call of his country. My family 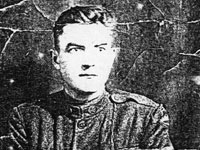 has long treasured some mementos of the war, most notably, the small diary that he kept from the time he left Tazewell County, Virginia until his time in the hospital.

While my Mother and her siblings were not allowed to speak of the war and my grandfather’s experiences, my great-grandmother kept a trunk with his belongings. My grandfather died in the late 1940s. When my grandmother died nearly fifteen years later, my aunt found the diary. As far as I know the family did not know of its existence prior to that.

My aunt treasured it, transcribed it, and composed a book with commentary about life in Southwest Virginia and filling in the details and horrors of the war about which my grandfather never wrote.

Years later, my cousin provided the diary, some pictures, and some other artifacts to the Library of Congress for the Veterans History Project.

On year I portrayed a World War I doctor. The nurse and I talked to the students about the dangers of the trenches. With all due respect to the young lad who thought the worst thing the soldiers would have to fear were the Confederates, the answer we were looking for was trench foot.

And how is trench foot best prevented? Don’t get a head of me.

Something in my memory recalled that my grandfather had indeed written about his last pair of clean dry socks.

The following day, I attended the first program presented in the newly restored Beacon Theatre in Hopewell. It was a reading of letters from the Civil War. The Beacon Theatre is located near City Point. That’s important to remember.

By this point, the wheels were turning.

I came home and pulled out my grandfather’s diary only to discover what had not registered before. He trained at what was then a very new Camp Lee. And after a few months of training, he marched to City Point where he boarded a steamer that took him to Newport News and the ship that would take him to France and war.

I don’t believe in coincidence, so I knew that I had to do something with the script. Was it a novel? Was it a one-man stage play? Was it a full play? I just didn’t know.

I took American history in college and couldn’t understand why we started in Massachusetts. That’s a true story.

I started looking up more details. I wrote to the Library of Congress and asked if there were copyright issues. There were none as long as the next of kin agreed with my using the material. Of course, that’s my Mother, so no issue there.

I wrote to the Archives and tried to find more of my grandfather’s service record. We know that he returned from the war in May of 1919. But we don’t have a record of his discharge. Apparently, his records were lost in a fire sometime in the 1920s. He never received full medical benefits for his injuries, even though the loss of his lung was obvious.

Later I learned that another fire in the 1970s destroyed even more military records, including those of my father that I sought for another project.

But, to tell the story accurately, I needed more history. So, I turned to Dan Carlin’s Hardcore History and listened to his Blueprint for Armageddon podcasts which tell in great detail how World War I began, how it was waged, including the horrors of trench warfare, all the way through the reluctance of the United States to get involved.

I learned many things I had never known. I’ve forgotten a good bit as well.

For a while, it was overwhelming. How could I tell the story of the whole war in one project? By that point I knew it was going to be a stage work.

So, for the next two years, that’s what I did. I wrote, I rewrote. 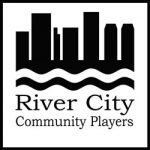 At long last, I took it to a reading at Richmond Playwright’s Forum. Some very good friends helped with the reading. I walked away having a sense of where the play needed to go. Major rewrites were needed.

Then, sometime toward the end of the last year I was approached by River City Community Players. They wanted to consider producing the play.

I wasn’t sure it was ready, and I told them so, but I gave them the script and they asked to produce it.

That brings us to tonight.

Clean Dry Socks: Diary of a Doughboy premieres tonight at 8:00 p.m. in the Lynn Theatre at John Tyler Community College.

It’s a great moment. It feels like a moment of accomplishment.

I’m also a bundle of nerves. What if it’s an awful script? What if the audiences hate it?

Oh, I’m sure the words will be kind. And I know how hard the company has worked to stage this.

But I wouldn’t be a writer if I didn’t doubt everything I wrote.