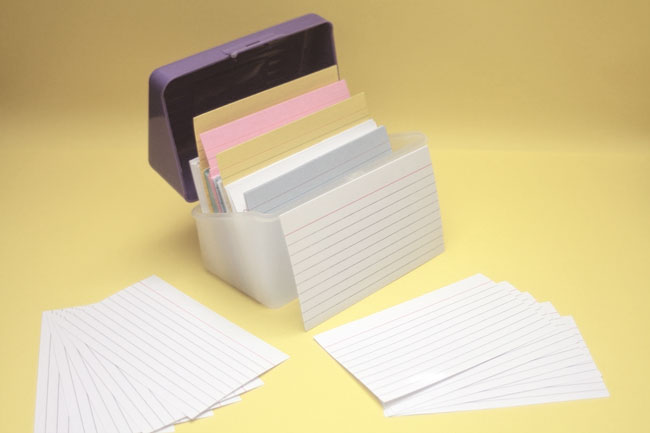 Because nothing says Monday quite like Vogon poetry. If you don’t know the reference, just consider it brilliant and remember that I said last week that it’s about time to re-read The Hitchhiker’s Guide to the Galaxy series.

As I also mentioned recently, I’ve been reading Anne Lamott’s Bird by Bird: Some Instructions on Writing and Life. By the time you read this post, I may well have finished it. But it will go on my desk as one of those books that I’ll need to read again, and perhaps again. There are many lessons to be learned.

Friday was one such lesson. If you follow me on Facebook you’ll perhaps recall that I joked about miscalculating the time for the alarm. I did not make it up in time to write and to get to the gym before work. My point was that math is unhealthy.

On a side note, I wonder if Ms. Lamott still uses index cards. The book was written and published in the early 1990s, before we are all carrying Nasa-sized computers in our pockets. Perhaps if one of you shares this post with her, she can answer that question.

So, as things happen, I had one of those chains of thought that turned into an illustration of Ms. Lamott’s points.

I made the snarky, yet brilliant post about math which led me to think about high school and grades. There were a couple of subjects, you may or may not read about them in the book, but math was one of them, that helped keep me from being an honor graduate.

From there I thought about college and, in similar fashion, the subject there that kept me off the honor roles. Those were mostly general education subjects that were not a part of my major. Ironically one of them was Spanish, one of my best subjects in high school.

Let me stop here and say that you shouldn’t take this the wrong way. I wasn’t a slacker as a student. I was just also very busy with productions and publications…don’t tell me you’re surprised. In my major classes I generally did very well, except for Rhetorical Theory which was required for my degree. I took it the spring quarter of my senior year.

So, that led me to think about the professor for that class and how, for almost forty years, I’ve been convinced he passed me with a very low grade because he knew without the class I wouldn’t graduate.

I’d not heard from or about that professor for years, so I wondered if he was still living. Through a conversation about another college friend whose memorial service was Saturday, I found that the professor passed away in recent months.

I thought about the many other professors and mentors of my years at Asbury University (then College) and how we’ve lost so many of them. Very few of the leaders of my era are still with us.

The phrase that came to me was “so great a cloud of witnesses.”

Therefore, since we are surrounded by such a great cloud of witnesses, let us throw off everything that hinders and the sin that so easily entangles. And let us run with perseverance the race marked out for us…

Read the whole chapter, it will do you good.

So, before I left for the office that day, I managed to write down that stream of thought. I realized that I had outlined, at the very least, a blog post. And, perhaps for future reference a novel, or even a sermon should the need ever arise.

That was a bit of a revelation to me. It helped me to understand that sometimes I have trouble finding subjects about which to write because there is so much material. And it was also a reminder that I need to do a better job of making notes, and writing down story ideas.

Someone will piss me off…sorry got distracted there.

And, as difficult as it may be for an ISTJ, sometimes you have to phone a friend.

And always make sure to keep index cards on hand.

In other news, this is my latest design project for CAT Theatre.