It’s Not About Writing When You Feel Like It 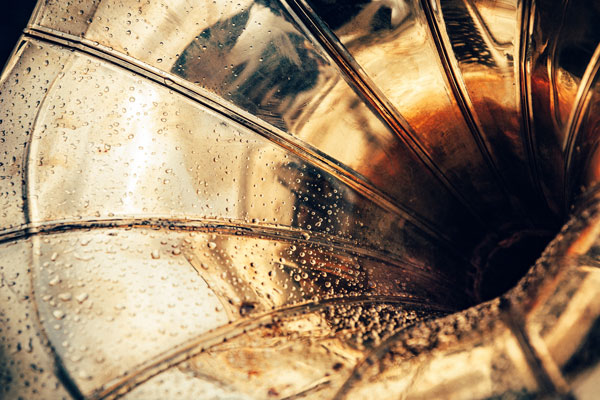 It’s Monday. Observant readers know that there was no Friday post. In truth, one was written, but it was pretty much garbage.

Which got me to thinking.

It’s summer, you already know that I have more on my to-do list than it is humanly possible to achieve. I already know that you’re probably at the pool, or the beach, or feeling the pressure of yardwork of your own. I get that.

And even though I wrote Thursday about writing when you don’t feel like it, there’s something to be said about not posting just because you have to post.

Don’t get me wrong, if I were well-paid for this blog, I’d be posting multiple times a day, and the work of cranking out brilliance would continue.

As I’ve written before I generally write the basic format of my blog posts on the weekend. Typically Saturday morning. On the best of weeks, the Monday through Friday posts are complete before I head to the office. As I also wrote, Saturday before last I had a road trip for work. Then the boy came home to get his dog, then birthday, then holiday, then…well, you get the idea.

Thursday night when I finally sat down to post what I’d cobbled together over the week, I realized that no one really wanted to read what I’d written. I’m not so sure that I wanted to read it.

So, I decided to let the Friday post slide. And, anytime I do that I always find myself considering how much effort I should be putting into this blog.

Don’t panic, I’m not quitting. But, at least for the duration of the summer, I’m reconsidering how often I’ll be posting. If you’ve signed up for the email notification or you follow my writer page on Facebook, you’ll know when I post. It’s a simple as that.

Please don’t waste your summer sitting by your computer waiting for the next brilliant thing I’m about to say.

Which all leads me to today’s post and what I really wanted to talk about.

Yesterday, for reasons that are our own, we stayed home and watched the livestream of the Sunday morning service.

Our church has been going through a series called “City on a Hill” based on Matthew, Chapter 5 (look it up, it will do you good), and giving the history of the hills upon which the City of Richmond is built. Learning that history will also do you some good.

Sunday’s sermon text was from Matthew 13, where Jesus tells the Parable of the Sower. Don’t make me say this again, but you know you should look it up.

In short paraphrase, Jesus talked about how the seed withered and died or flourished based upon the type of ground it was sown in, and based upon what else might have been there to hinder the growth.

Here’s the phrase (again a paraphrase) that stuck with me.

I mean, is that your Facebook feed or what?

Pick an issue…the children at the border, the soccer team in Thailand, flooding in Japan…what are you focusing on this week?

And, what are you believing about what you hear?

See, we all (okay some) get on Facebook and see posts with which we agree, or disagree based on what we believe. And, in reality, we’re not hearing each other. We’re not hearing those who have a different viewpoint.

As a follower of Christ, I believe truth is absolute.

That’s why this dialogue from Return of the Jedi always bothered me:

Obi-Wan: Your father was seduced by the dark side of the Force. He ceased to be Anakin Skywalker and became Darth Vader. When that happened, the good man who was your father was destroyed. So what I told you was true, from a certain point of view.

Obi-Wan: Luke, you’re going to find that many of the truths we cling to depend greatly on our own point of view.

I mean…good or bad, right or wrong, up or down…it’s all so simple, right?

Think about it. To Obi-Wan, the Anakin Skywalker he knew was dead and gone. But to Luke, he knew deep down that there was still good in his father.

On a side note, if any of this is a spoiler because you haven’t seen a thirty-five year old film, then maybe your truth is that you need to get out more.

Yes, I believe truth is absolute. It’s our hearing and understanding that is not.

Even though I wrote about the truth in journalism a couple of weeks ago, I understand that the way you hear and read something is not the way I hear and read the exact same thing.

So, until we, on all sides, hear and acknowledge that truth, we’re just going to keep talking past each other.

Do you hear me?