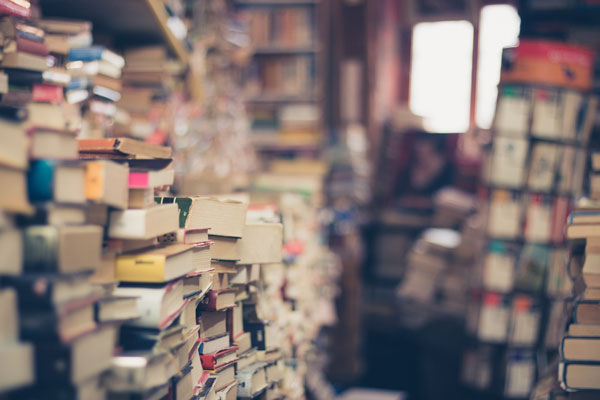 This  weekend, I finished reading Neil Gaiman’s The View from the Cheap Seats. If you read last Wednesday’s post, you already knew that was on my list. 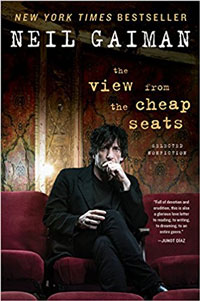 It’s a collection of speeches, essays and other short writings over the years. And it makes me wonder why I hadn’t found his writing sooner. Much like coming late to the work of Stephen King. That’s another post.

In one of his essays, Gaiman was talking about meeting and working with Terry Pratchett. Their association began some time in the 80s. He concludes the book with a tribute to Pratchett who passed away in 2015.

I found myself thinking…hey…I was around in the 80s…why didn’t “get this” then?

Perhaps more importantly, why haven’t I been reading Terry Pratchett?

I mean beyond the fact that I still have a lot of Stephen King, and Tolkien, and Lewis, and MacDonald, and…not to mention the fact that I’m reading my way through Terry Brooks’ Shannara series again…some for the first time.

So, I’m asking myself why I wasn’t reading all of these guys before. I mean, some of them I was but not enough.

And I’m asking myself why I wasn’t writing and doing things like Terry Pratchett and Neil Gaiman.

I know I use the Bugs Bunny reference a lot, but maybe I really should have taken that left turn in Albuquerque.

Still, how I was I to know that the lessons I should have been learning from a cross-dressing rabbit had to do with more than opera?

I had lunch with a writer friend the other day. He gave some great advice regarding my script. Our discussion turned to what I’m writing next. His advice was to always have a next project.

I do. I have several in fact.

After spending the last three years…has it really been that long?…working almost exclusively on the script, I’m back to the novel.

I was happy to find that it wasn’t in as bad a shape as I remembered. But there’s still much work to be done.

Reading Gaiman has given me the feeling that there’s so much to be written, and so much I need to read.

And of course, there’s the necessity of the day job that pays for these things…mostly.

Publisher’s Clearing House is not doing their part. I mean every time I get an email with the subject line saying “Will we be showing up at your house?” I know what MY answer is. They’re just not being very helpful.

I’m not stressing over all that I want to do and to read and to be. At the same time, there’s a very real understanding that I’m not going to get to all of it.

Sure I carry my scripts and my books with me. As well as my notebooks and my pens and markers.

But we all know how old I am.

Not to be morbid, but I’m not going to get another sixty years.

Let’s be real, none of us are really even promised another sixty minutes.

At lunch my writer friend and I talked about retiring. And we talked about the fact that, even if we couldn’t do our day jobs, as long as our minds are relatively clear, and as long as the arthritis doesn’t completely bind our hands and fingers, we’ll keep writing.

I’m trying to do a better job of taking care of my health. So, let’s say I do and I get another twenty or so years. I’m not thinking I’m going to get another thirty.

But, whatever time I have left, I want to make it count.

I’m not going to get to do all the things I want to do. If Publisher’s Clearing House is reading this, they could help me do a lot more, but I’m not banking on that.

It is not likely that I’ll read all of Terry Pratchett’s books, or all of Stephen King’s books. I’m going to have a hard enough time with Terry Brooks unless he stops writing the Shannara books. And he’s still writing them.

I can look back at the careers of these writers and have a pity party about the fact that I’m neither as well known or as well published as they are and that I likely never will be.

But, then I’d end up being the one to plan the party. And while I did that in a former life (and was very, very good at it…in fact I still am), it’s not what I want to be doing these days.

I don’t have time for regrets. I have books to read, and write. I have plays to read, write, direct, and star in (my inbox is open if you’re casting).

And so that’s what I’ll keep doing. I may never catch up.