With all due respect to Michelangelo, I don’t do scaffolding, so I’m gonna aim for something a little closer to the ground.

Don’t snark. I can just as easily (or perhaps more easily) go the distance on the ground. As long as we’re not running.

I mean, let’s not get carried away.

For all of my talk yesterday (which of course you’ve read), I’m not going to spend time today talking about

how I don’t have time for my art. I don’t, but that’s another story.

In short, there was a time that I thought my career path was art. I was accepted to Virginia Tech as an art major, but went instead to Asbury College (now University) where I majored in Music, then English, and then Speech Communications…the latter being my degree.

And really, you wonder why I have trouble Getting Things Done?

Focus is hard when you want to do everything.

Sometimes it’s so hard that you end up doing nothing.

These days, when I find the time, I do some graphic design, and I have my CafePress and Zazzle stores. The latter is where I’ve had some continued success selling my Stations of the Cross prints. My long term goal with those is to transfer them to canvas. I’ve been working on that for some time. So far, after five (at least) iterations, all I can say is that the paints and brushes are not cooperating.

See, I want to be a writer, and actor, a director AND an artist…but so far the benefactors aren’t lining up.

And Publisher’s Clearinghouse is not cooperating.

I mean, everytime I get an email that says “Will the Publisher’s Clearinghouse Truck show up at your house?” I clearly give them the directions.

You’d think they’d understand that I can’t file my retirement paperwork until they show up with the flowers, the champagne, and that big cardboard check.

So, you see my bro Michelangelo and I understand how difficult it is to be Renaissance men.

Look, maybe I am pointing back to yesterday with the, sometimes painful, recognition that you can’t do everything. 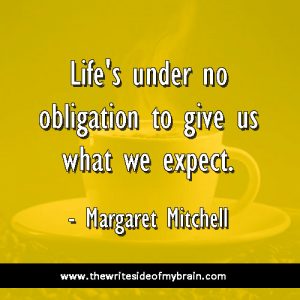 At least I know I can’t.

But, I’m thankful that these days, I get to do writing, and theater, and sometimes art.

Then again I’m writing this on Saturday morning. As I look out my window to notice that the winds have died down, I am fully aware that I need to be doing some yard art.

So, once I finish here I plan to get up off of my more than ample behind and get some leaves moving in the right direction…also known as the neighbor’s yard.

Okay, as I also mentioned yesterday, I did fall short of my goal to have the leaves up by now.

But I didn’t fall from the scaffolding, so there’s that.

I did fall through the deck, but that’s another, and already told, story.

I’ve got goals. And, I’m not afraid to use them.

As long as there’s no ladder involved.

In other news, American composer and producer Stephen Schwartz, was born on this day in 1948. In this clip. Schwartz performs “Corner of the Sky” from Pippin, which was sort of my theme song in college. I’ve aged out of that part, if I ever was right for it to begin with. At the end of the show Pippin realizes…

And, if you’re casting Pippin…the king is available…