If you can’t make it better, you can laugh at it.

Erma Bombeck was a master at making us laugh about the absurdities, and the trials, of life.

Erma Bombeck was a pro at finding humor in the most common of life’s frustrations. She knew how to make

Laughter is healthy, even at times when it’s inappropriate.

True, when you read or watch the news today (and you are doing more than following your Facebook feed, aren’t you?) it’s hard to find anything to laugh at.

I don’t have chickens…I’d sort of like to, that’s another story…but I’m awake when they are.

All that to say is that if your hilariousness comes on at 11:30 p.m. EST, I’m not likely to see it. Maybe on YouTube the next day.

I have a couple of people I follow on social media for their humor. I get a kick out of seeing what they post…however I will talk more about the whole social media following thing tomorrow.

I try to provide some laughter here.

If we bring a little joy into your humdrum lives, it makes us feel as though our hard work ain’t been in vain for nothin’. Bless you all.

Please don’t tell me you don’t know who Lina is [HINT: Singin’ in the Rain].

But not everything that I write about is funny. And there are times when something could be funny, but it would be so, so inappropriate. 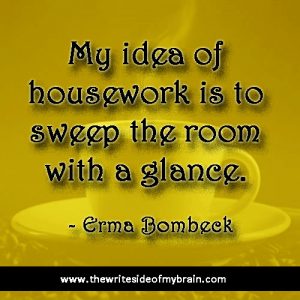 There are a few writers or comedians out there who can be irreverent and and funny without being too offensive.

I talked recently about Blazing Saddles.

I’ve been known to laugh at inappropriate times…even when something was not meant as a joke.

I consider sarcasm one of my spiritual gifts.

I’m writing all of this because it’s sort of the “process” (and I really hate that term) of figuring out just what brilliant things I should be bringing you on a daily basis.

I mean, I know I’m fascinating and all of that, but I doubt many of you want to follow here for that reason only.

So, I’m endeavoring to provide some laughter, some inspiration, and perhaps just a break from the crap we all have to shovel on a daily basis.

People tell me that I make them laugh on social media (mainly Facebook). I’m glad I can do that.

Life can be overwhelming. Laughter can provide much needed respite.

That won’t solve all the problems.

But it can make our days a little better.

In other news, American actress and singer, Tyne Daly was born on this day in 1946. Daly won the Tony Award for her role as Mama Rose in the 1989 revival of Gypsy. We saw Daly perform that role at the Kennedy Center in Washington, DC prior to the show moving to Broadway in November, 1989. Here’s Daly in a more recent role.