Tuning out the background noise 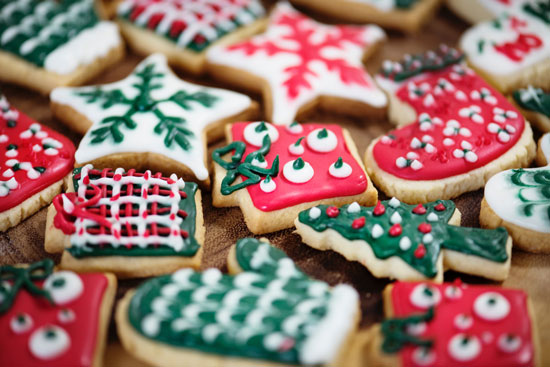 It’s the stuff Christmas specials are made of.

But, I haven’t watched many Christmas specials lately. I’ve been catching up on the traditional Christmas movies like Shawshank Redemption, and the 17-year-old told me that we need to remember to watch Die Hard this season.

I remember though, as a child, watching the Christmas variety hours specials as they would come on. There was little choice really. We got two (that’s right two) stations and, if I was watching television, it was the television of my parents’ choice.

Back then, if you wanted to hear your favorite singer sharing Christmas tunes it was either watch their Christmas special or buy their album. We had a few.

I never had a Frank Sinatra Christmas album.

But I wore out the disc with Gene Autry singing Rudolph the Red Nosed Reindeer.

Christmas is coming and you can get more than your fill of Christmas movies on FreeForm, or if you’re so inclined (as I am not) Hallmark.

Here at the end of the year I’m not about starting any new projects.

With one exception as this is being written the Christmas decorating is done, save the tablescapes for the holiday meals.

However, not a single present is purchased or wrapped.

They will be even if, as I’ve done in many years, I’m up all night on Christmas Eve wrapping and watching A Christmas Story on repeat.
Thank you TBS.

I realized that we are indeed approaching the end of the year when my daily Bible reading plan took me to the Book of the Revelation.

The end is near.

At least the end of 2017 and, for me, the end of the Bible reading plan. Look one up, it would do you good.

It’s quite possible that I’m going to ramble my way to the end of the year. That’s just a fair warning.

As much as I absolutely despise the term “processing” I realize that’s sort of what i’m doing here.

The year is drawing to a close and I’m doing an inventory of sorts of just where the priorities are.

One might think that, by this age, I’d have a lot more things figured out and would not be struggling with what I want to do with my life.

Jacob Marley’s chains are rattling. Look up the reference. It will do you good.

So, here’s the thing.

How does one honor the commitments and responsibilities of life while continuing to pursue the stuff of dreams?

For me, how do I keep up with the bills, and the house, and the leaves and still find time to write, to act, and to create art? I think we all know that if we look back at 2017 I was awfully busy and at times overwhelmed. And I didn’t get everything done.

It’s a realization that I suppose comes with the wisdom associated with age.

And, in case you think you might be the exception, let me save you some time. You can’t either.

I couldn’t work seven days a week (five at the day job, two at the amusement park), and keep up with the yard, and the writing, the acting, and the art.

I did manage to try that in June. It didn’t work.

So, here in these final days of 2017 there’s a reassessment going on.

Where’s the focus for 2018? What are the priorities?

I can tell you now that I already have a theater commitment for the beginning of the year.

I have been cast as Henry in A Little Piece of Heaven with River City Community Players (formerly Huguenot Community Players). Our first rehearsal is on December 30 and the show goes up in February. For this one there will be a little more family time involved as my bride has also been cast in the show…as my bride.

That show closes in early March and the next weekend I hold auditions for my first professional directing gig. I’ll be directing Doublewide, Texas with CAT Theatre. We’ll start rehearsals in early April and the show goes up in June.

Somewhere in there I’ll figure out the writing and, by Spring break, I’ll have the leaves up.

While I’ll miss the people and the fun…and the extra cash…I won’t be going back to the amusement park. That makes me a little sad. It’s really the job I want in my retirement. If I can ever leave the day job, I may go back there. But not in 2018.

So, like I said I’m rambling through these last few days. That in addition to all of the Christmas festivities and responsibilities and the like.

But in that rambling I’m processing, if you will, and making my priority list and checking it twice.

You know I’ll talk about it here.

In other news, American singer, Dionne Warwick was born on this day in 1940.

Follow The Write Side of My Brain on Google+, Facebook and Pinterest.
Verse of the Day selection provided by BibleGateway.com
Cover Photo by rawpixel.com on Unsplash