Love came down at Christmas 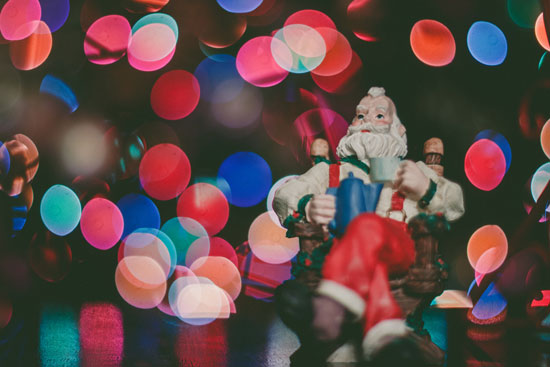 On this day in 1619, thirty-eight colonists arrive at Berkeley Hundred, Virginia. The group’s charter proclaims that the day “be yearly and perpetually kept holy as a day of thanksgiving to Almighty God.”

That’s just another reminder in case you forgot our lesson of just a few weeks ago.

In other news, American actor, director, and producer Max Baer, Jr., best known for his role as Jethro Bodine on The Beverly Hillbillies, was born on this day in 1937.

I’ll just let that one sink in for a moment.

And, in case the Mondays aren’t bad enough, Christmas Day is just three weeks away.

Around the Fletcher estate decorations are going up slowly. No gifts have been purchased. No goodies have been baked. As I alluded to the other day, none of that happens around here until after the close of the Glorious Christmas Nights run. You can still get tickets for the upcoming weekend.

As the year comes to a close, I’m starting to review the progress and the regress, if you will, of the past year. I’ll be doing my annual More or Less post sometime before the New Year, but I’m already thinking about the fact that I have four weeks to accomplish my 2017 goals.

Let’s be real. I ain’t gonna make it.

Still, we’ve made some progress.

Some of that was stalled because, as you may recall, from March to September I was working seven days a week. Monday through Friday at the regular torture chamber…er…I mean day job, and weekends at Kings Dominion.

I stopped the weekend work at Kings Dominion in September. While I don’t miss the schedule, I do miss the park and the people with whom I worked. Then there’s the fact that this time next year the park will be hosting WinterFest. It’s tempting to think about going back, but I already know that next year is bringing new busyness and new challenges. So, maybe we’ll just buy tickets.

On the health front, I was doing quite well until I was derailed with the leg injury. That’s been an ongoing pain in the backside, not to mention the leg, for five weeks now. So, I’ve not been to the gym, I’ve gotten off track with the eating

plan. I’m on what I hope to be the last round of antibiotics. But for the remainder of the year and the holiday season it’s all about doing as little damage to the health plan as possible.

I suppose the biggest triumph is that the script is finished. Or at least finished enough to. be shopping it around. Things may be happening there. Of course you know I’ll tell you when they do.

This post is a bit random. That seems to be a pattern these days. Maybe it’s a byproduct of my still trying to run, or at least walk briskly, in too many directions.

I’m writing this on Sunday morning in front of the Christmas tree. That’s becoming one of my favorite places in the house. In part because it’s cozy. In part because everything we moved to make room for the Christmas decorations is now in my office. And probably more because, thanks to Microsoft and Windows 10, my PC remains in need of an exorcism.

Even if Santa does bring me a MacBook (a boy can dream), I’m liking the whole concept of writing from the comfy chair. And for that, I’m grateful for the iPad.

It’s about perspective. I’m using the Christmas season (don’t start with me, it can be the holiday season on YOUR blog), to get some perspective. I’m looking at the things that are and aren’t important.

As much as I want to think that I can, I just can’t do it all.

If I were to list everything I’d want to do in 2018, I’d list publishing my play, my novel, my coloring book(s). I’d be acting in or directing shows all year long. I’d have the perfect yard. I’d have our debts paid off. And I’d do it all whilst working the day job and still hanging out with the Peanut’s gang on weekends at the amusement park.

I’m also woefully behind in reading the Complete Works of Shakespeare.

The reality is, I couldn’t accomplish all of that if I had two years. Or a Time Turner, and we know how stressful that was for Hermione.

We all have to make choices, and that’s okay.

Thanks for choosing to stop by here today.

Our journey to Bethlehem continues…

Follow The Write Side of My Brain on Google+, Facebook and Pinterest.
Verse of the Day selection provided by BibleGateway.com
Cover Photo by Caleb Woods on Unsplash