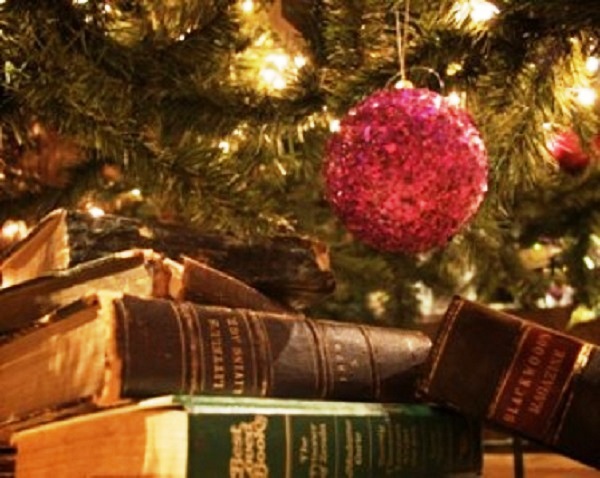 We are just a little more than three weeks away from Christmas Day.

I’m in mid-decorating mode whilst the wife and the youngest spend the better part of the next week and a half performing in Glorious Christmas Nights. I have been there in years past, but am currently on hiatus. Don’t ask me for how long.

All around the country, and perhaps around the world, although I suspect we American consumers are the worst ones, people are shopping, trying to find that perfect gift, spending money, or credit that they really don’t have.

Sure we all vow to “do better this year.” We watch as Linus tells us what Christmas is all about, or we find our hearts strangely warmed when Scrooge decides to keep Christmas in his heart.

And we even smile as the Grinch realizes Christmas doesn’t come from a store…as we’re on our way to the next store.

Look, I’m not about boycotting Christmas. Far from it. I’d just like us to work a little harder at remember what it’s all about. Perhaps about remembering there are those who really do need things as opposed to those who just want them.

There’s nothing really that I need anyone to get me for Christmas. Don’t get me wrong, there are plenty of things I need…like a new computer…and a new vehicle…and we’re rather in “need” of a new television since ours is dying..but not quite gone.

Then again, those aren’t really needs.

I’m not going to get all sappy and say that I want there to be Peace on Earth.

I mean, I do, but I’m not a Miss America contestant…even if I could rock the talent competition.

But while I’ll be happy opening up whatever may or may not be under the tree for me this year, there are a few things I’d like that just can’t be bought in the store.

I’d like us all to be a little, no a lot, nicer to each other on social media. We argue and fight over politics, and religion, and many more things. What happened to a world where we could have a civil discussion over civil matters?

I’d like to find a politician I could trust. I’ve known a few. I’ve worked for a few. Two have passed away. Two have taken themselves out of the elective process, but I’d work for them again in a heartbeat if I had the chance. I probably won’t.

I’d like to have a political party that I could believe in and support. For many years, as I mentioned the other day, that was the good ol’ GOP. Well, that party doesn’t exist anymore, if it ever did. I voted Libertarian last year, but that’s not quite me either. I just don’t fit into anyone’s political mold. And I don’t find a group which which I currently want to be associated.

I’d like to think we could trust the media. That’s not a #fakenews comment, although there certainly is plenty of #fakenews to go around.

I’d like to think there are still some leaders out there with some integrity. I think they’re are. I just think that currently a lot of rocks are being turned over and the light shining into some dark places is revealing the true nature of some. I think that’s sad. That’s not a partisan issue, it’s happened on both sides. And it’s sad.

I realize I’m dreaming here. I’m not going to find these things under the tree.

And, as I also mentioned the other day, I’m weary. I’m not sure I’m willing to join the fight for these things.

I suppose in a way that makes me part of the problem. But I can’t fix these things.

Heck, most days, I can’t even fix me.

I’m realizing I’m on a bit of a journey here. I know that I’m not going to fix problems in the social and political arena. So where and how do I fit in? There’s still this nagging sense that I should be doing something.

Stick with me on this journey. Right now I know it’s about creating art, and theatre, and about putting words together to hopefully inspire.

I can’t start a movement. But I can move me.

And perhaps, if I work really hard at it, and pour my heart and soul into it, I can create something that moves you as well.

In this season we’re on a journey to Bethlehem.

There won’t be any room in the inn, but there may be some answers in a manger.