I was first introduced to JCS in music class in the 7th grade, not (cough) long after it opened in New York. One of my classmates brought the album in and the teacher allowed her to play part of it. I put it on my birthday wish list and was soon listening to it on a regular basis. 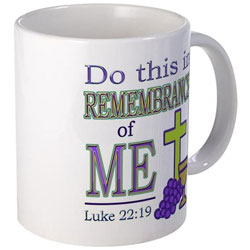 I saw the touring revival of JCS in 1993 at Wolf Trap in Vienna, Virginia. The cast included Ted Neeley as Jesus, Carl Anderson as Judas recreating their original roles, and Irene Cara as Mary Magdalene.

I’ve never been cast in a production of JCS. Casting directors, if you’re reading this hit me up.

But I have, on occasion, played an apostle in productions at West End Assembly of God. I’ve pretty much aged out of the disciple range, but I’ve made use of my scowl as one of the pharisees.

I may have aged out of most roles in JCS as well, although I could be a pretty mean Pilate, and I’ve used Pilate’s Dream as an audition song on numerous occasions.

But lately, I’ve thought about actually producing/directing a production of JCS.

Theatre companies, if you’re listening, hit me up.

That may be just a dream. Fact is I have a few dream shows that are likely to remain just that. And that’s okay.

Dreams can be healthy things. And thinking about a production of this show gets the creative thoughts flowing. Whether or not they come true is a different story. And a different post.

And in a brief moment of inspiration that I just had…a different plot line.

But, I wrote that thought down. Just in case.

Sure, JCS was controversial, especially if you grew up in a fundamentalist environment like I did. But it was instrumental, so to speak in the development of my faith, as well as that of an artist.

There’ve been other controversial versions, including Godspell, and the first show I ever saw on Broadway Your Arms Too Short to Box with God.

There are many ways of telling the old, old story.

While I’ve told you I try to have no regrets, I sometimes wonder if I’m doing enough to tell the story, or telling it in the right way. Or even telling the right story.

I sort of rely on the words of Francis of Assisi who said “Preach the gospel, and if necessary, use words.”

But there was a time when I might have thought it was more. Just after my senior year of college I thought that it

might be on the mission field. I spent the summer working on the Navajo reservation in New Mexico and Arizona. I left there thinking I would return either immediately or after getting my seminary degree.

In that case, I really did take a different turn in Albuquerque (look up the Bugs Bunny reference, it will do you good.).

Not to get too deep into that story, but advice from a spiritual mentor with good intentions, but perhaps not the best view of my life, kept me from returning.

Yes, that story belongs in (one of) the book(s).

So, I never got the seminary degree and never returned to that particular mission field.
I did eventually get a Certificate of Christian Education from Asbury Theological Seminary and a Certificate in Biblical Studies from the Christian Counseling and Training Center. And I’ve taken a couple of short-term missions trips.

Again, no regrets. But an occasional “what if?”

So, I’ve never really officially been an apostle, even if I do still have the costume hanging in my closet.

But, maybe I was never called to do that. Maybe I was called to find that writing voice and, as I wrote yesterday, shine some light in the darkness.

Did I miss it? I don’t think so. Because there’s still time.

What story are you telling?

In fitting with today’s post Nessun Dorma translates as “No one sleeps” which would have been a good message if the apostles had only understood.