If you want to be a writer, you must do two things above all others: read a lot and write a lot. There’s no way around these two things that I’m aware of, no shortcut.

I went online yesterday morning to read my Wednesday blog post. I generally do that after a cup or two of coffee so that I can find any typos or wonky formatting.

Yesterday I realized “that’s Thursday’s headline”… and of course it really has little to do with yesterday’s post. 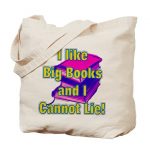 I’m traveling for work this week and have been struggling to get the posts done so that all I have to do from the road is minimal updating with the things you should be reading.

You are reading those links, aren’t you?

Anyway, you already know that this is a busy week. Around 9:00ish on Tuesday evening I was trying to both write Wednesday’s post and get some work done on the posts for today and tomorrow. All while trying to keep my eyes open.

In the end, I put out yesterday’s post, which I fully admit to not being one of my best, and I threw on a headline…which I’d written for today.

Everybody. Needs. An. Editor.

But, back to Mr. King’s birthday…

I’m pretty sure I’m not reading enough. Don’t get me wrong, I have four books I’m currently working my way through.

But, just like writing, I have to make time to read.

You’ll recall, or you should, that a few weeks ago I determined that I would shut down the electronics and read before turning in.

Some nights it’s worked, some it hasn’t. But, it’s a goal.

Trouble is, I have to read in my office where I’m still desperately in need of a comfy chair.

I don’t do well with reading once I’m already in bed. At least I never get more than a few paragraphs before I realize I’m viewing the inside of my eyelids.

But I’m taking Mr. King’s advice (we’re not on a first name basis until I read more of his books). I need to read as much as I need to write.

I need to do both.

I’m still looking for more reading suggestions. Add yours in the comments.

Did you miss this whilst you were out worrying about statues? 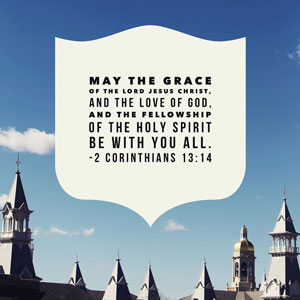 There are an estimated 40 million slaves in the world. Where do they live and what do they do?
The Washington Post
Slavery is not a thing of the past. A report released Tuesday by the U.N.-affiliated International Labor Office (ILO) and the Walk Free Foundation estimates that there were 40.3 million people in some form of modern slavery around the world on any given day last year.

Now Virginia Knows Why Northam Ducks Debates
The Republican Standard
At this rate, Gillespie doesn’t really need to change a thing. After emerging from August in a better condition than where he entered it, the Republican base is united (with token exceptions) while the Democratic base is still at odds.

How Do You Solve a Theological Problem Like Maria?
Christianity Today
Researchers including Jamie Aten, founder of the Humanitarian Disaster Institute at Wheaton College, discovered that when faith traditions offer people a meaningful way to understand a tragedy, they are more likely to cope with massive material losses and regain a sense of agency amid trauma.

Nikki Haley defends Trump’s ‘Rocket Man’ speech to United Nations: He ‘was being honest’
ABC News
Haley said the president “was being honest” and that his bluntness was in fact “very much appreciated.”

Trump rebounds after polling slide
Politico
After months of declining poll numbers, the president’s approval ratings have stabilized — and even ticked up slightly — over the past month.

It’s so hard to arise and shine
The Write Side of My Brain
We’ve come to those glorious days of Fall when the days are warm but the nights and mornings are delightfully chilly. On mornings like these it becomes increasingly difficult to crawl out from under those warm and oh, so cozy, covers.