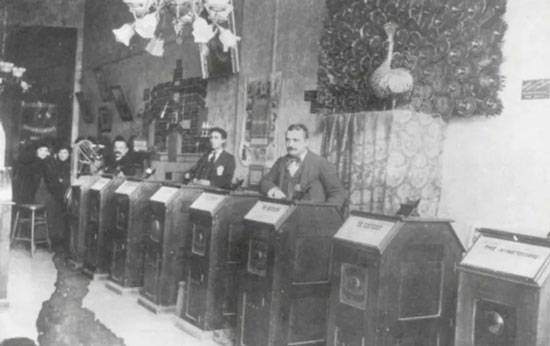 On this day in 1891, Thomas Edison received his patent for his movie camera, the Kinetograph. Shown here is a Kinetoscope parlor in San Francisco, around 1894. (Wikimedia Commons/National Park Service)

I didn’t plan for this to happen.

As I noted yesterday either a bad reaction to some food or a virus took me out of commission for the day. I’m pretty convinced now that it was a virus.

But, I stayed home from the day job to recover. I slept in and spent the rest of the day reading.

Truth is, it may have been my body telling me to slow down, I move too fast.

I was definitely not feelin’ groovy.

Sure I had a week off this month, but it was more of a work vacation than an actual vacation. I continued with the writing, and the editing, and the weekend job.

In other words, I didn’t slow down.

But sometimes, you just need to.

That’s why, even though I rarely do it, having a day to just veg out and watch some mindless television every so often, or spending the day soaking up some sun, or reading your favorite book…you get the idea…that’s why that can be a good, and healthy, thing.

And you know what? Even though yesterday was somewhat of a loss in terms of productivity, everything I have to do is still right there.

I talked earlier this week about writers needing to read, and I did a lot of that yesterday.

In fact, the way I see things these days, everything I do, or don’t do, can be inspiration for writing.

And sometimes, you need to let your mind rest to sort those things out.

I didn’t come up with any brilliant ideas for upcoming posts, or even this one.

You can probably tell that.

But I gave the gray matter, and the rest of the matter, the day off.

The day was a reminder that, although I don’t like to admit it, I’m also at the age when I can’t do everything I used to do.

In full disclosure, I had written a few more paragraphs, but we’ll let that comment stand where it is for right now. 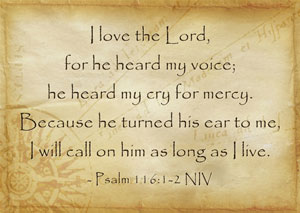 I didn’t intend for the week to be interrupted, and I certainly didn’t enjoy the disturbance.

But maybe it’s a reminder that, if I don’t take those breaks on my own, my body is going to force me to do something about it.

Yesterday was a Wednesday, but I’m old enough to remember when Sunday really was a day of rest. Stores weren’t open. Most people were off from work.

Sunday afternoons were made for naps.

Speaking of which, I had a nap yesterday, too.

Trump unshackled: President defends Charlottesville response at raucous rally
Reuters
Under fire for saying “both sides” were to blame for the violence between white supremacists and left-wing counter protesters in Virginia on Aug. 12, Trump accused television networks of ignoring his calls for unity in the aftermath.

Associated Press Becomes the Advocacy Press
The Republican Standard
The Associated Press proclaimed in their coverage of the President’s speech last night that they are out of the bias closet. No more nuance.

God Made You a Writer
An Invitation to Every Christian
Desiring God
Christianity is not a quiet faith, but a loud one, full of words.

The Red York Times: First in Fake News
Michelle Malkin
While the Times hyperventilates about the dangers of President Trump’s “art of fabrication” and “Russian collusion,” this is the same organization whose famed correspondent in Russia, Walter Duranty, won a Pulitzer Prize for spreading fake news denying Joseph Stalin’s Ukrainian genocide.

Bozell & Graham Column: The Media Normalize the Antifa Extreme
NewsBusters
The only consistent thread in any of this is that NBC and MSNBC aren’t referees, and they don’t have a rulebook. They want to achieve the Left’s aims – by whatever means necessary.

My Farewell to Arms, Sort of
The Write Side of My Brain
After thirty plus years in professional politics and government, have I really changed anything? I don’t think so. That’s a sad thought.

William Wilberforce, who led the fight to end the slave trade in Britain, was born on this day in 1758 (died 1833). His story is told in the movie Amazing Grace.