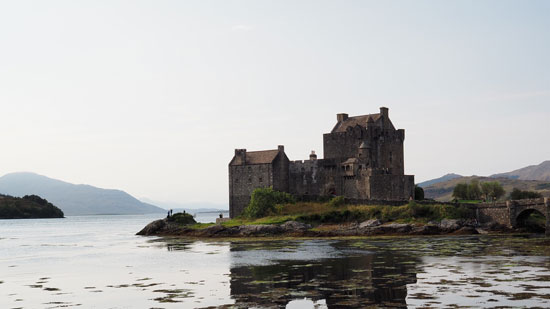 On this day in 1040 King Duncan I is killed in battle against his first cousin and rival Macbeth (the real one, not the Shakespearean one). Macbeth later succeeds Duncan as King of Scotland.

I don’t think anyone is ever writing so that you can throw it away. You’re always writing it to be something. Later, you decide whether it’ll ever see the light of day. But at the moment of its writing, it’s always meant to be something. So, to me, there’s no practicing; there’s only editing and publishing or not publishing.

American actor, comedian, musician, producer, and screenwriter, Steve Martin, was born on this day in 1945.

Every day when I sit to write at least 1,000 words, I’m writing. Sure reality is that every day I can do that I am improving my craft. But it’s not practice. It’s the real thing.

I have found that I do the best with that particular project when I sit down and take care of it first thing, after the scripture reading and prayer, and with a cup of coffee. If it doesn’t happen before I walk out the door, it still happens, just not as fluidly and generally not as read-worthy.

I used to think that writers could just sit down and write and that, chapter after chapter, move from one to the next with ease. Truth is, and you can probably tell, that’s generally how I write a blog post.

But I learned through Nanowrimo, among other things, the glorious process of editing.
As you read this, I have again been through an edit of my script. There will be more before it has its debut in a table reading in early September.

I would be remiss if I did not mention the horrible events that took place in Charlottesville this past weekend when a group of racist, bigoted, morons descended upon Mr. Jefferson’s City. They had no business there, even under their pretense of fighting the removal of the statue of Robert E. Lee (about which I have written before).

Let’s be clear, these idiots are neither Christian, nor Republican, nor conservative, and I beg you not to fan the flames of their tiki torches by lumping all of those groups together.

The counter-protesters on the left did not help, and truth be told, I don’t know that many of them ever intended to.

Don’t get me wrong. God bless (really) the clergy who walked together in unity as well as those who showed to pray and rally for peace.

But let’s also not be naive enough to pretend that many of the counter-protesters were there for any other reason than to agitate.

This is not who we are as Americans.

This is not who we are as Virginians.

And, even this Hokie can say, this is not who the citizens of Charlottesville are.

All through the day on Saturday, the rhetoric and memes were flying on Facebook. They weren’t really helping. Nor were the venomous posts against the president and any who support him.

In fact, quite the opposite.

The answer to hate is not hating the haters.

It’s Monday. Let’s all cool down and admit there are idiots amongst us. Let’s not give them voice. Instead, let’s give our voices to each other in an attempt for real understanding.

If Ralph and Sam can do it, so can we.

I do not post that as a means of trivializing what happened in Charlottesville, and what is happening in our country. But rather to point out that there are places for disagreement and debate but, at the end of the day, we should respect each other.

Let me stop there and say that I do not respect what happened in Charlottesville. But we must understand that it wasn’t really about a monument, that was used as an excuse.  And it wasn’t about the President. Pointing at those as reasons only trivialize the depth of the hate that has existed since man was first created out of dust.

You should know by now that I did not support the President and in fact argued strongly against his getting the nomination. But, let me say that to those criticizing the President’s response, did you listen (really?) to what he said? Or are you just so full of hate of your own that no response he could have given would have been sufficient?

Yes, I went there, you don’t have to reply here, but you should ask yourself that question.

Please, do us all, including yourself, a favor and think carefully before you post, before you blame, before you stir up more hate in your own heart.

As a follower of Christ, I know that Christ’s love was not on display over the weekend. But do not let the fact that some claim the name, yet do not follow the teachings of Christ tempt you to put all Christians in that category.

At the same time, I say to my brothers and sisters (to borrow a phrase from yesterday’s sermon) this is our time. We must speak out against the hate and division.

Yesterday, another friend posted from another sermon the idea that for far too long Christians have been defined by what they are against. Perhaps we’ve been focused on the wrong targets.

Contrary to some of my brothers and sisters, I have long been of the opinion that, just because the ACLU doesn’t like my plastic manger scene, I’m not being oppressed as an American Christian. And, I have wondered how we in the American church would respond if we faced real, true, persecution. I fear that we would not pass the test.

But a new, and real, test is before us. How do we, as those who proclaim the name of Christ stand against the evil that is among us? We can’t turn a blind eye. We have to stand with our brothers and sisters of color, and other persuasions to say this hatred and bigotry will not stand.

Read into that what you will about the current state of our politics and our current leaders. But, there are choices to be made.

I confess that my heritage, and my traditions, and my absolute whiteness are crying “but…but…but…”

This is not an easy path. I’m not pretending that it is.

Emotions are raw. We’re in shock that this type of thing could happen in this country in 2017, and yet it has.

I can’t tell you which path to take, you must decide that for yourself. I know the path where Jesus leads is one that is not defined by our politics, by our heritage, or by the color of our skin.

Rather it’s defined by his love that compels, us.

Whether or not you follow Christ, speak softly today. Speak patiently. Speak in love.

And together, let us all be part of the healing.

Guam, Japan prepare for possible North Korea missile launch
CNN
North Korean military figures are putting the final touches on a plan to fire four missiles into the waters around the US territory of Guam, to be presented to leader Kim Jong Un within days.

Board member of Va. ACLU resigns in protest of group’s stance on Charlottesville rally
Richmond Times-Dispatch
A board member of the Virginia chapter of the American Civil Liberties Union resigned his position over the weekend in protest of the group’s decision to file a lawsuit that kept Charlottesville authorities from relocating a white nationalist rally from a park police said they wouldn’t be able to keep safe.

Statewide Candidates React to Saturday’s Events in Charlotteville
Bearing Drift
Considering their different political parties, campaign platforms, and personal histories, the reactions by the candidates for Virginia Governor, Lieutenant Governor, and Attorney General were remarkably similar: pray for the victims, condemning the racists, Virginia is better than this.

Yes, This is Racism
John Pavlovitz
White people especially need to name racism in this hour, because somewhere in that crowd of sweaty, dead-eyed, raw throated white men—are our brothers and cousins and husbands and fathers and children; those we go to church with and see at Little League and in our neighborhoods.

7 Things to Ask When Bad Things Happen
Feel Stuck? These Questions Can Help Get You Out
Michael Hyatt
The biggest lesson that I learned from turning things around after losing a star was this: The answers we get are often determined by the questions that we ask.