“Once you can express yourself, you can tell the world what you want from it. … All the changes in the world, for good or evil, were first brought about by words.”

American journalist, socialite, and 37th First Lady of the United States, Jacqueline Kennedy Onassis, was born on this day in 1929 (died 1994).

That’s a pretty powerful statement. Think about it.

At the end of almost every war in human history, words were used to reach the settlement. You have to wonder why words couldn’t have been used to prevent the war.

Then again, sometimes the power of words is what caused the war to begin with. 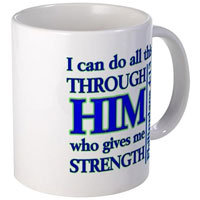 We have a prime example here in our own country with The Declaration of Independence,

Heck if you know the story, there were plenty of arguments just to draft the document. Then when George got it…

I work hard at putting words together. Sometimes the ideas and the sentences just flow.

I did used to be pretty good at Operation.

Throughout history words, through novels, poetry, treaties, constitutions, and yes, even plays, have inspired us, motivated us, challenged us, and just about as often pissed us off.

I did a good amount of the latter when I was still writing about politics.

Not to brag…okay sure, why not…but I was pretty good at it.

I knew which buttons to push and I did so on a regular basis.

I love a good snark every now and then.

But, that’s not where I’m trying to write these days. 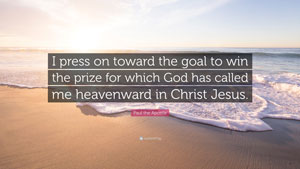 VERSE OF THE DAY: Philippians 3:14

I want my writing to be informative, to be funny, to be inspirational.

If that fosters some change for the good, I’m okay with that.

Words are powerful, and they need to be chosen carefully.

I’m looking at you Mr. President, among others.

It’s Friday, let’s not go there.

No, seriously, put down the phone, don’t go there.

I’m off to a work meeting tomorrow in Staunton, seeing some great theatre tomorrow night, and working at the park on Sunday because, as you know I have my #oxinaditch.

Spend some time with some words this weekend.

Read some. Write some. Make some up.

Why is socialism being promoted by conservative Christian outlets?
Acton Institute
Socialism,” said Richard John Neuhaus, “is the religion people get when they lose their religion.” While that might have been true in Neuhaus’s day, many young Christians are now attempting to have their faith and socialism too.

Gillespie, Allen, Kilgore Unveil Powerful New Gang Prevention Plan
The Republican Standard
Great news from the Gillespie campaign this morning as the new gang prevention plan has hit the press, and there is truly some amazing stuff in here…so amazing, that the Northam crowd felt compelled to protest. Literally.

It’s Not OK to Discuss Donald Trump’s Mental Health, Says Biggest U.S. Psychiatric Group
Newsweek
But despite reports to the contrary, psychiatrists should not publicly venture opinions on Trump’s mental wellbeing without conducting a full examination of the president, according to the American Psychiatric Association (APA), the biggest psychiatric organization in the United States and the world.

Looking for Leaks in All the Wrong Places
U.S. News and World Report
While clearly a very smart, zesty and articulate fellow, Mr. Scaramucci has never worked in a government communications office before. He – and presumably his boss, President Donald Trump – are actually making the same mistake countless other power-drunk bureaucrats in Washington have made before by assuming the public affairs staff must be the source of the leaks because, you know, they are the people who talk to reporters!

On this day in 1973, Grand Funk Railroad released “We’re An American Band.”