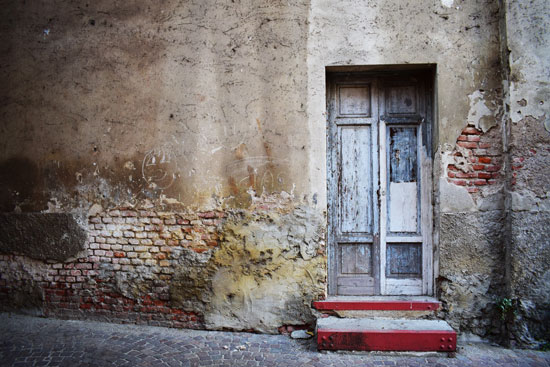 Chances are, if we sit around waiting for opportunities to come to us, we’ll just get calluses on our fannies.

And that’s not a pretty picture.

If I just sat around waiting to be asked to write something, or to come audition for a show…well, it’s just not going to happen.

Of course your have to balance that with patience because, even when you look for them, opportunities don’t always pile up.

For me with both the writing and acting, it comes in seasons. And sometimes, sure, opportunities come when I’m distracted with something else and I’m not really looking for them.

The point is, don’t sit still.

If opportunities don’t come your way, then make some.

One day the right door will open.

You just may have to build it first.

This Changes Everything
Tom Vander Well at Wayfarer
One of the overarching themes in the Great Story is rebirth, regeneration, renewal, and resurrection. Old things pass away, new things come. Death leads to life. The old covenant has given way to a new covenant.

A Serious Plan on Opioid Addition; Democrats Blow-Off the Suffering of Thousands
Bearing Drift
The DPVA chose to not offer anything substantive to what the Commonwealth can actually do on health care, but instead chose to focus on the ongoing policy debate in Washington and blanketly portray Republicans, specifically Gillespie, as “cruel.”

Meeting Russians for dirt on Clinton? It may be immoral but it’s not illegal
CNN
It might be morally and politically objectionable to gather dirt about your campaign opponent from an enemy of the United States, but the mere acceptance and use of the material would not be illegal.