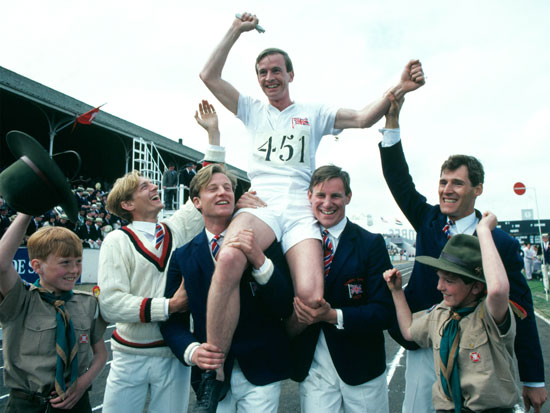 On this day in 1924, Eric Liddell won the gold medal in 400m at the 1924 Paris Olympics, after refusing to run in the heats for 100m, his favored distance, on the Sunday. Liddell’s story is told in the 1981 Academy Award winning film “Chariots of Fire.”

“People generally see what they look for, and hear what they listen for.”

Judge Taylor in To Kill a Mockingbird, by Harper Lee, first published in the United States on this day in 1960.

Harper Lee wrote that statement more than fifty years ago. Before Cable TV, before 24/7 news, before the Internet, before Twitter, before Facebook.

On a side note, stop sharing that crap. If you don’t know enough to not accept a friend request from someone you don’t know, then maybe you need a break from Facebook.

Judge Taylor’s statement is as timely now as it was in 1960. In the book, of course, the premise is that the people were predisposed to believe Tom Robinson was guilty. Because, after all, this was the South, and Tom Robinson was a black man.

On a side note, I had an experience this past weekend that showed the same kind of prejudice. I can’t give you details other than to say that someone was indirectly accused of something largely because he is African American.

That’s not where I was going with this post, except that maybe it was.

All the experts tell us that we’re more divided than ever as a nation. I don’t necessarily believe that. I just think our disagreements are amplified because we have a platform at our fingertips twenty-four hours a day.

The real problem is that no one is listening to the other side.

No one listens to the other unless it’s to find an opportunity to mock.

Challenging what we believe, what we “know” to be true can be uncomfortable.

In real life, I think we do more of that than we might believe by reading Facebook.

I Peter 3:15 says But in your hearts revere Christ as Lord. Always be prepared to give an answer to everyone who asks you to give the reason for the hope that you have.

If that answer makes us uncomfortable, that’s a good thing.

7 Reasons Why No One is Watching Your Video Content
HubSpot
Whenever you create visual content, that’s a question you need to ask yourself: “What the heck does this have to do with my brand?” And while there might be a way to incorporate a puppy into that, it has to be relevant to your audience.

NASA Spacecraft Gets Up Close With Jupiter’s Great Red Spot
NPR
NASA’s Juno spacecraft will be directly over the spot shortly after 10 p.m. ET Monday, July 10, about 5,600 miles above the gas giant’s cloud tops. That’s closer than any spacecraft has been before.

Senate GOP eyes ObamaCare repeal vote next week
The Hill
Sen. John Cornyn (R-Texas) said on Monday that Senate Republicans want to roll out a new draft of their bill to repeal and replace ObamaCare as soon as this week, with a vote next week.

Wittman: With Major Work Left to be Done, Congress Should Cancel August Vacation
Congressman Rob Wittman at Bearing Drift
If your family believes that you have to earn your vacation, you are probably confused by this. Well so am I. That is why I am again calling for Congress to stay in session until major legislative initiatives are completed.