America must remain, at any cost, the custodian of freedom, human dignity and economic security. The United States must be strong, so that no nation may dare attack.

American film producer, founder of the Academy of Motion Picture Arts and Sciences, Louis B. Mayer, was born on this day in 1882 (died 1957).

For the record, today is Independence Day. 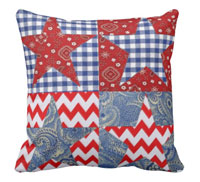 Only one has an American Independence Day.

Do yourself a favor after you read this post, go read the Declaration again, or for the first time. It will do us all good.

Then get out there and celebrate with your picnics and fireworks. Ed Gillespie wouldn’t want it any other way.

Trump administration continues clearing the way for potential drilling off Virginia’s coast
Richmond Times-Dispatch
“The truth is we have near limitless supplies of energy in our country,” said Trump, who talked up “energy dominance” and whose administration has broken sharply with that of his predecessor, Barack Obama, on fossil fuel and climate policy.

Artifacts show Lost Colony settlers moved to Hatteras Island, lived with natives, historian says
The Virginian-Pilot
The company of more than 100 settlers that over the last four centuries has become known as the Lost Colony is at the center of one of the great mysteries in American history.

How the Left Lost Its Mind
The Atlantic
Polemicists, conspiracists, and outright fabulists are feeding an alternative media landscape—where the implausibility of a claim is no bar to its acceptance.

I wouldn’t mind my own private beach…

Christie defends use of beach closed to public amid shutdown
Richmond Times-Dispatch
Gov. Chris Christie is defending his use of a beach closed to the public during New Jersey’s government shutdown, saying he had previously announced his vacation plans and the media had simply “caught a politician keeping his word.”

How to Become a Better Writer: Do This (And Only This, Seriously) For 1 Hour
The Write Life
You know what this is, right? An hour for writing, and nothing else.