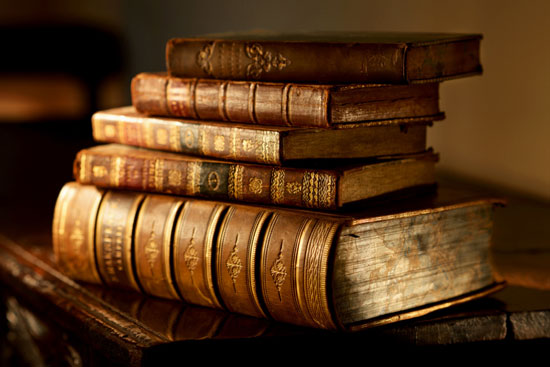 On this day in 1613 Shakespeare’s Globe Theatre burned down.

Built in 1599, The Globe Theatre, constructed of timber with a thatched roof and would hold an audience of up to 1500 people. During a June 29, 1613 production of a play called All is True (which might later have been renamed Henry VIII and credited to William Shakespeare), sparks from a cannon used in the performance landed on the thatched roof.

“… I will entertain you at the present with what happened this week at the Banks side. The King’s players had a new play called All is True, representing some principal pieces of the reign of Henry the Eighth, which set forth with many extraordinary circumstances of pomp and majesty even to the matting of the stage; the knights of the order with their Georges and Garter, the guards with their embroidered coats, and the like: sufficient in truth within awhile to make greatness very familiar, if not ridiculous. Now King Henry making a Masque at the Cardinal Wolsey’s house, and certain cannons being shot off at his entry, some of the paper or other stuff, wherewith one of them was stopped, did light on the thatch, where being thought at first but idle smoak, and their eyes more attentive to the show, it kindled inwardly, and ran round like a train, consuming within less than an hour the whole house to the very ground. This was the fatal period of that virtuous fabrick, wherein yet nothing did perish but wood and straw, and a few forsaken cloaks; only one man had his breeches set on fire, that would perhaps have broyled him, if he had not by the benefit of a provident wit, put it out with a bottle of ale.”

In spite of no OSHA or ADA regulations, there were no reported deaths from the fire.

I’ve had bad reviews, but I’ve never had a theater burn down around me.

I have also never been in a performance with the use of a live cannon.

That is not to say that I have never been in a performance that has bombed.

Live theater is always unpredictable. You never know what might happen.

My college drama professor always told us that if the set fell down to act like that was supposed to happen.

Fortunately, I’ve also never had a set fall down.

I now have two Shakespeare plays on on my performance resume. Many years ago in college I was Peter Quince in A Midsummer Night’s Dream. Just this past Sunday I finished my role as Mercade in Love’s Labour’s Lost. Granted, the recent role was small, but pivotal. I came on near the end of the show and sort of changed the direction of what was happening on stage.

Even in such a small role, it was an incredible experience to perform at Agecroft Hall. Agecroft was built in Lancashire England in the late 15th century. In the mid-1920’s, Richmond businessman T.C. Williams, Jr. had the house dismantled and shipped to Richmond where it was reconstructed with some necessary 20th century modifications. For many years it served as a private residence and now is a museum that harkens back to the Elizabethan Age. The house and gardens opened to the public in 1969. All right here in good ol’ RVA.

While there has been a certain delay, I am still on my quest to read through Shakespeare’s complete works. I will not, however, be doing it in one year. I would also note that, while I’m behind with the Bard, I’ve read 20 other books and halfway through the Bible thus far this year.

I don’t know if I’ll ever have the chance to be in another Shakespeare play. I do not consider myself to be a Shakespearean actor. But I look forward to continuing to study this works and learn from others as they interpret his plays and writings.

How well he’s read, to reason against reading!

Five Things For Your Thursday

Lost in Thought
Tom Vander Well at Wayfarer
Therefore, holy brothers and sisters, who share in the heavenly calling, fix your thoughts on Jesus….
Hebrews 3:1 (NIV)

Bringing Home Fallen Virginia Sailor, Dakota Rigsby
Melissa Kenney at Bearing Drift
We owe a debt that can never be repaid as we honor a fallen hero who has given the ultimate sacrifice for his country. Freedom is not free.

Sarah Palin sues New York Times for defamation
BBC
In the defamation case, Mrs Palin says the newspaper published a statement about her that it “knew to be false”.

Could this next link be foreshadowing? Time will tell…

Have You Tried Videoblogging?
Chris Brogan

And one Thursday Throwback
February 22, 2012: Why I wish I didn’t care