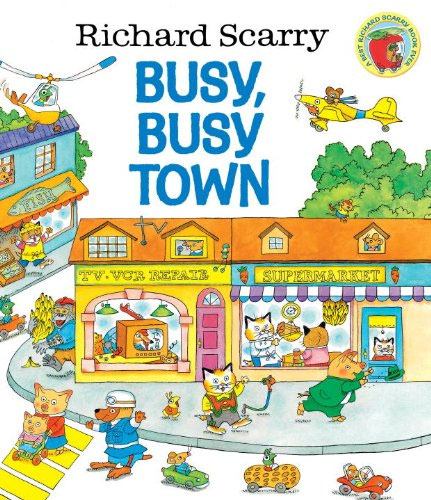 Everything has an educational value if you look for it. But it’s the fun I want to get across.

I can’t tell you how many Richard Scarry books we had, or how many times we read them.

Over, and over. The boys loved them.

I’ve been in “Busy Busy Town” for a few weeks now. You know the drill.

But today is Monday. And unless someone sneaks something in on my calendar, I’ve got an evening at home tonight.

I like Scarry’s idea that everything can be a learning opportunity. I also like the idea of making things fun.

Even if we have to work at it. And, sometimes we do.

My journal comes with daily inspirational quotes. The other day was this by Syndey Harris:

“When I hear somebody sigh, ‘Life is hard,” I am always tempted to ask, ‘Compared to what?”

My father-in-law used to say that having another birthday is better than the alternative.

Some days life is hard. Some days we get to have fun.

I vote for more fun.

I hope Publisher’s Clearinghouse heard that.

It’s Monday, the month of June is still fresh. Let’s get out and have some fun.

As you know, I continue to work on my stage play based on my grandfather’s diary from WWI. It’s a work in progress, and it’s pretty close to being not-embarrassing to share with others.

On this day in 1917, near the beginning of World War I conscription began in the United States and was known as 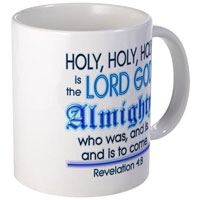 “Army registration day.” I don’t know exactly when my grandfather registered, but he was drafted in September of that year.

We were reluctant to get into that war, but in the end, we were drawn into the conflict.

We had hopes that it was the war to end war. It was not.

I’ve found a lot of educational value in the research that I’ve had to do for this script. I’ve learned much more about World War I than I ever thought I’d need to know.

It hasn’t always been fun. Sometimes it was difficult to read or listen to the stories of horror from that war, particularly that of trench warfare. I’ve written before that my grandfather was in the midst of that.

I’ve also written before that I just don’t understand the depths of hate that makes men and women want to kill each other.

Don’t get me wrong. I do believe there is such a thing as just war. I just wish there wasn’t a need.

And, there’s a lot I still don’t understand. In my quest to read through the Bible again in 2017 (and I’m on track, by the way), I spent a lot of time with a lot of battles and bloodiness in the Old Testament. I’ve made several notes to myself that simply say “I don’t get it.”

I’m sure I have some Biblical scholar friends that could explain why things had to happen the way they did.

Maybe it was just to contrast the fact that Jesus came to show a more excellent way.

It’s Monday. In full confession, I’m writing this on Friday afternoon between work and my show call for Opening Night. So, it’s a little disjointed.

American saxophonist Kenny G was born on this day in 1956. If I’d heard him in high school I might never have dropped out of band.