How I’m Doing This

If you’re not accurate, you’ll cause untold trouble.

Selznick, of course, is best known for producing Gone with the Wind and Rebecca. Both films won the Academy Award for Best Picture.

Selznick had a plan for how he was going to produce Gone with the Wind. But things didn’t turn out that way. Last year, if you had the chance to see the hilarious but true story portrayed in Don’t Cry for Me Margaret Mitchell at CAT Theatre you would recall that, filming had already begun on the epic film. In fact, I’m pretty sure the back lot had already been burned to represent the fall of Atlanta. But the script Selznick and his team had to deal with was horrible. So, in a matter of two weeks, Selznick, Director Victor Fleming and writer Ben Hecht, who had never read the book, rewrote the entire screenplay.

Oh sure, you’re asking, if they can pull off rewriting Gone with the Wind in two weeks, why the heck isn’t my script done?

Well, there’s only one of me. My source material is not as vast and specific as Ms. Mitchell’s best seller. 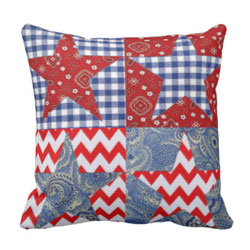 And I don’t have sponsors pouring millions of dollars into the production my script.

Feel free to hit the tip jar on the way out.

No, I can’t lock myself in a room for two weeks…no more spoilers, look the play up if you must know.

Instead, I have a plan. A plan, I might add, that keeps evolving.

Remember, I’m committed to asking “What are you Writing Today?” every morning.

And before long I’ll be developing an email list. You’ll be able to get our daily brilliance delivered right to your inbox. Once a week I’ll send out a summary of the week’s posts with appropriate links.

That’s how I’m taking this full time. And you get to come along with me to see if I’m going to make it…no…to see when I make it. There, that’s better.

Speaking of more accurate, American dancer and actor Fred Astaire, born on this day in 1899 (died 1987), was pretty accurate with his feet.

On a side note, I was going to use a different clip until I saw that the YouTube user had titled it “Put it on a Ritz.”