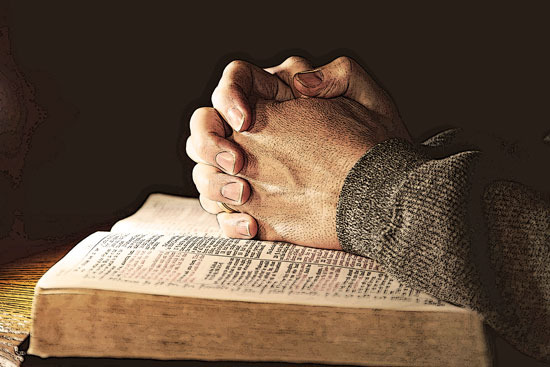 At noon today, on the steps of the U.S. Capitol Building, Donald J. Trump will take the oath of office administered by Supreme Court Chief Justice John Roberts, Jr., and will become the 45th President of the United States.

And there’s nothing you can do to change that.

You don’t have to like it, but as I said in November Yes, he really IS your President.

I wrote back in February of last year, “I am often a failure in my attempt to follow Christ. Even after all of these years. But I know, if I believe anything he taught, I can’t vote for Donald Trump.”

And, while many of my fellow believers not only voted for him but supported him enthusiastically, I could not, and did not. Many religious leaders met with Trump and were likewise able to offer their endorsements.

I have never met the man, and likely never will. Thankfully, I am not the judge of his soul.

But, the people of this country have spoken (and yes, the Electoral College works for a reason), and Donald Trump will be my President.

The question is what to do about it. To paraphrase Francis Schaeffer, How Shall We Then Live Now?

Jesus never ever suggested the government was the conduit for social justice.

When asked about taxes Jesus simply said “So give back to Caesar what is Caesar’s, and to God what is God’s.” (Matthew 22:21. Look it up. It will do you good.)

Jesus called his people, not the government to take care of the poor, the widows, the orphans. And, for the record, The Chronicle of Philanthropy consistently says that religious conservatives rank highest in the percentage of charitable giving.

Likewise, the Apostle Paul didn’t turn to the government for solutions. Yes, if you read his story (and you should, it will do you good), he took advantage of his Roman citizenship, but when talking about government, this is what Paul said.

In other words, if you believe Scripture, Donald J. Trump will be President because God put him there.

Now, regardless of what you think of Trump, don’t get all het up about that. Remember that in Israel’s early days God gave them a king because he was angry with the people. (Again, look it up, I can’t be responsible for telling you everything.)

On a side note, when George Allen became Governor of Virginia in 1994 his director of constituent affairs sent out notice that all correspondence for the governor’s signature should be typed in Times Roman, 13 pt.  The rumor then circulated that this was some sort of religious code.

The subsequent article in the local paper began, “When the Allen Administration officials stopped laughing…”

Let’s get back to the Roman Road (also something that would do you good to look up).

There was controversy this year about the Washington National Cathedral hosting the Inaugural Prayer Service, and of certain church choirs singing at inaugural events. In response Presiding Bishop and Primate Michael B. Curry wrote:

We can and, indeed, I believe we must pray for all who lead in our civic order, nationally and internationally. I pray for the President in part because Jesus Christ is my Savior and Lord. If Jesus is my Lord and the model and guide for my life, his way must be my way, however difficult. And the way prayer for others is a part of how I follow the way of Jesus.

Prayer is not a simplistic cheer or declaration of support. Prayers of lament cry out in pain and cry for justice. Prayer can celebrate. Prayer can also ask God to intervene and change the course of history, to change someone’s mind, or his or her heart. When we pray for our enemies, we may find that we are simultaneously emboldened to stand for justice while we are also less able to demonize another human being.

But, if you’re a follower of Jesus, you just may need to look at it a little differently.

What I expect, or at least hope, is that those who name the name of Christ will follow his example.

Jesus and Paul never ever said “Caesar’s a jackass, don’t pray for him.”

Even if we think the description fits.