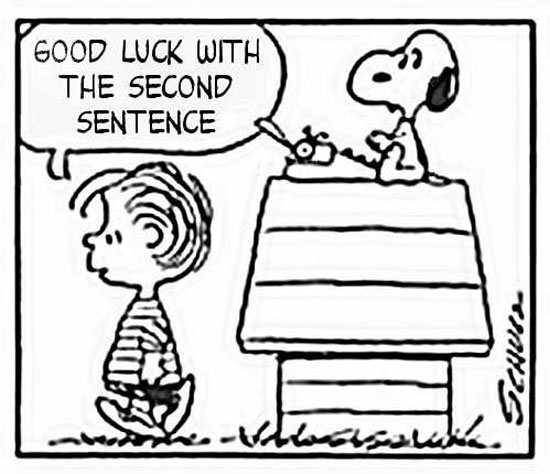 “[Writing is] like driving a car at night: you never see further than your headlights, but you can make the whole trip that way.”

I feel like that a lot with this blog. I’ll grab an idea or a quote and sit down to write. I don’t always know where the post will take me.

It’s like that in the fiction writing as well. Last November I started NaNoWriMo with a general idea and a character. I thought I knew where the story would go, but characters rarely behave as you wish.

One thing leads to another and a plot twist is born.

I outline as much as I can, but only in the rarest of times do I know how a story or post will end.

There’s no app like Waze or Google Maps for writers to tell you “turn the plot here.”

On the other hand, maybe that’s my bazillion-dollar idea.

Don’t get me wrong. I don’t think that my best writing ever comes when I just sit down and start typing. I need an idea. I need a theme. I need an objective.

I do find value in the just writing part and I attempt to do some thousand words a day doing just that. It helps with ideas. It helps with word structures.

But the road ahead in writing isn’t always seen.

That’s not a bad thing. It can be a bit of an adventure.

Let me be clear. I do plan my writing.

I have a Google Document where I have mapped out my bloggin goals for all of January and a good part of February. The plan is to map out the entire year.

That doesn’t mean there won’t be a detour. But there’s a general direction.

I’m rambling here. It’s almost like this post is without direction and could’ve used a road map.

Maybe I should call it “Adventures in Writing.”

On a side note, I’m thinking it might be a good idea to read some Doctorow.