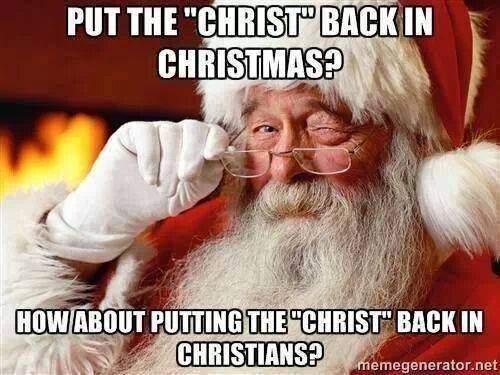 I was going to spend this week just warmly thinking about Christmas and plans for the new year. I still am, but news reports are hard to ignore.

I can’t just sit in my jammies by the tree with my favorite evening cup and look the other way. Well, I could, but that’s just not who I am.

At the same time, I don’t know what I can do about all of the trouble.

Aleppo is in ruins and thousands have fled their homes. I will admit that, while I’ve been aware of what was going on, I’ve not paid enough attention to have a full understanding. That said I am neither a president-elect or a presidential candidate. I just know that it’s horrifying and that it’s not over.

Then there’s the assassination of the Russian ambassador which underscores the question of which side is Turkey really on? I can’t answer that.

This same week we had a truck driver plowing through a Christmas market in Germany where twelve people were killed and some forty-eight more were injured.

Bring it home to where we’re still fighting over the election. On the one hand, the deal was sealed with the Electoral College where, ironically, Hillary Clinton ended up with more faithless electors than Donald Trump. For the record, I told you it wouldn’t be overturned.

But every day my news thread is filled with people saying Trump’s cabinet choices are “unacceptable.”

Maybe they aren’t acceptable. But as our current President once said “elections have consequences.”

Sometimes those consequences are backlashes to overreaching policies and arrogance.

Yes, I said that.

For example the First Amendment Defense Act (FADA) may again be gaining traction. It’s currently in the House Ways and Means Committee. This is what it says:

Prohibits the federal government from taking discriminatory action against a person on the basis that such person believes or acts in accordance with a religious belief or moral conviction that: (1) marriage is or should be recognized as the union of one man and one woman, or (2) sexual relations are properly reserved to such a marriage.

I totally get where this is coming from. As I said after the election the people who have been told for years that they had to bake the cake or perform the wedding or pee next to someone who made them uncomfortable finally had enough.

The thing about diversity is that it has to be diverse.

Jennifer Pizer, Law and Policy Director at Lambda Legal, told NBC “This proposed new law violates both Equal Protection and the Establishment Clause by elevating one set of religious beliefs above all others.”

Well, yes and no. Because insisting that a Christian (or Muslim, for that matter) couple has to bake a cake or host a gay wedding or risk losing their business sort of elevates someone else’s religious believe above all others.

I don’t have the answer and I can see the points of both sides. I’ve told you before that I would gladly bake the cake.

FADA isn’t the answer. It goes too far and potential for unintended consequences is staggering.

We have to find a way to meet in the middle on this where we treat each other with respect and courtesy and where we value each other as human beings, in spite of our differences.

We’ve heard a lot about the Russians hacking the election. Well, except they didn’t. As we were assured by the President countless times before Election Day, and as has proven to be the case, there was no wide-spread election fraud or problems with voting machines.

On the one hand, it seems pretty clear that the Russians did hack into some Democratic Party emails, although Wikileaks says that’s not where they got the information. Blaming the Russians is a distraction technique designed to deflect from the real subject of the emails.

That’s a debate for another day, but the bottom line is that the Russians didn’t change the outcome of the election.

All of this brings us back to the baby in the manger. Work with me here.

I had a friend on Facebook this week question how we could celebrate the birth of one Middle-Eastern baby while ignoring what was going on. She’s absolutely right. We can’t, or shouldn’t look away.

However, the Jesus was a Middle-Eastern refugee memes might take it a little too far. There was no widespread exodus, so to speak, to Egypt. Mary and Joseph took the child to flee from a tyrannical king. And there’s no indication that they were homeless. They had a home in Nazareth where Joseph had a job. The government made them go to Bethlehem to pay taxes where they ended up in the stable not because they couldn’t afford the Holiday Inn but because the government had caused a housing crisis.

If you’re going to use Jesus as an example, you have to also accept the fact that the only thing he ever said about government was to pay your taxes. Sure he was all about healing the sick and taking care of the poor, but he never suggested that was the responsiblity of the government.

I realize that this post is all over the place. I’m raising as many, or more, questions than I’m answering.

How does this fit in with my faith? How do I deal with the news from Aleppo, from Germany, from Washington?

What do I do about the baby in the manger?

I don’t have the answers. How do I reconcile this with my faith?

Last Sunday, in one of the best sermons I’ve heard in a long time, our pastor talked about Jacob’s wresting with God. Look up the reference, it will do you good.

This is a paraphrase (thankfully shared on Facebook by someone taking notes) but he said:

We come to God thinking that from now on life will be easy, that there won’t be any more struggle. So when bad times come, we talk about losing our faith. The reason is that we thought that God would make everything go just fine. But in reality faith is all about wrestling with God. Maybe we are supposed to wrestle and struggle through our whole lives here on earth.

Maybe the challenge in our faith is that we have to deal with these hard issues. We can’t just go around yelling “But the Bible says…”

Maybe it does, but is that what it really means?

The stories about the baby in the manger are all warm and cozy and portrayed around the world by children in bathrobes and bad, fake beards.

But we should never forget that the birth in Bethlehem was the first step on the road to Calvary.

The Hebrews were looking for a Messiah that would deliver them from the earthly persecution they suffered. Even the disciples didn’t get it until after the Resurrection. But that’s not why he came.

When the world all around us is falling apart, that’s the beauty of the baby in the manger.