I came, I saw, I wrote a little novel.

“There is something delicious about writing the first words of a story. You never quite know where they’ll take you.”
– Beatrix Potter

I will admit jumping into this year’s NaNoWriMo at the last minute. Even when I started I didn’t know where the story was going.

But over the course of Halloween weekend and my last few days of the season working Halloween Haunt at Kings Dominion, I came up with an idea.

That idea got me through the first chapter and when I typed “Chapter 2” I had no idea what word was coming next.

I frequently joke about NaNoWriMo works being garbage in serious need of an edit or two.

I’m pleased that this year I have a story.

It’s not exactly what I would call garbage. At the same time I’m not sure I should leave it out on the counter overnight.

I now have six “completed” NaNoWriMo novels to edit. I have been over the past year working on one of those. I’m still working.

The point is that I’m still writing.

It’s made a difference. Not financially but in the way that I take my writing more seriously. I work at it. I write every day.

Summer before this last one I embarked upon a writing project in which I first promised myself that I would write 500 words a day. I became so proficient that I moved that up to 1,000. 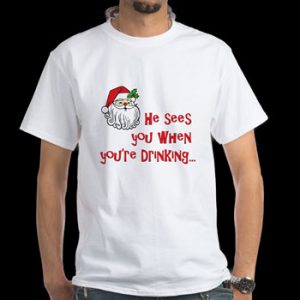 Ass out of Hell.”

It’s a work in progress. Draw your own conclusions.

I’ve fallen off the 1,000 words a day wagon, but I’m continuing to write. And I think the year of that project is what helped me make it through NaNoWriMo so quickly.

If nothing else it helped with the typing skills.

What happens next with the book? It goes on the shelf with the others. There are the priorities of the script and the other novel that I’m editing/re-writing.

When will they be published? I don’t know if they ever will.

Perhaps they’ll be published posthumously and make my heirs bazillionaires.

Or perhaps they’ll be used to light my funeral pyre.

Regardless, I will know that I have written a book…no, make that books.

Maybe even good ones.

And, like Ms. Potter said, I don’t know where that’s going to take me.

But I’m looking forward to the ride.